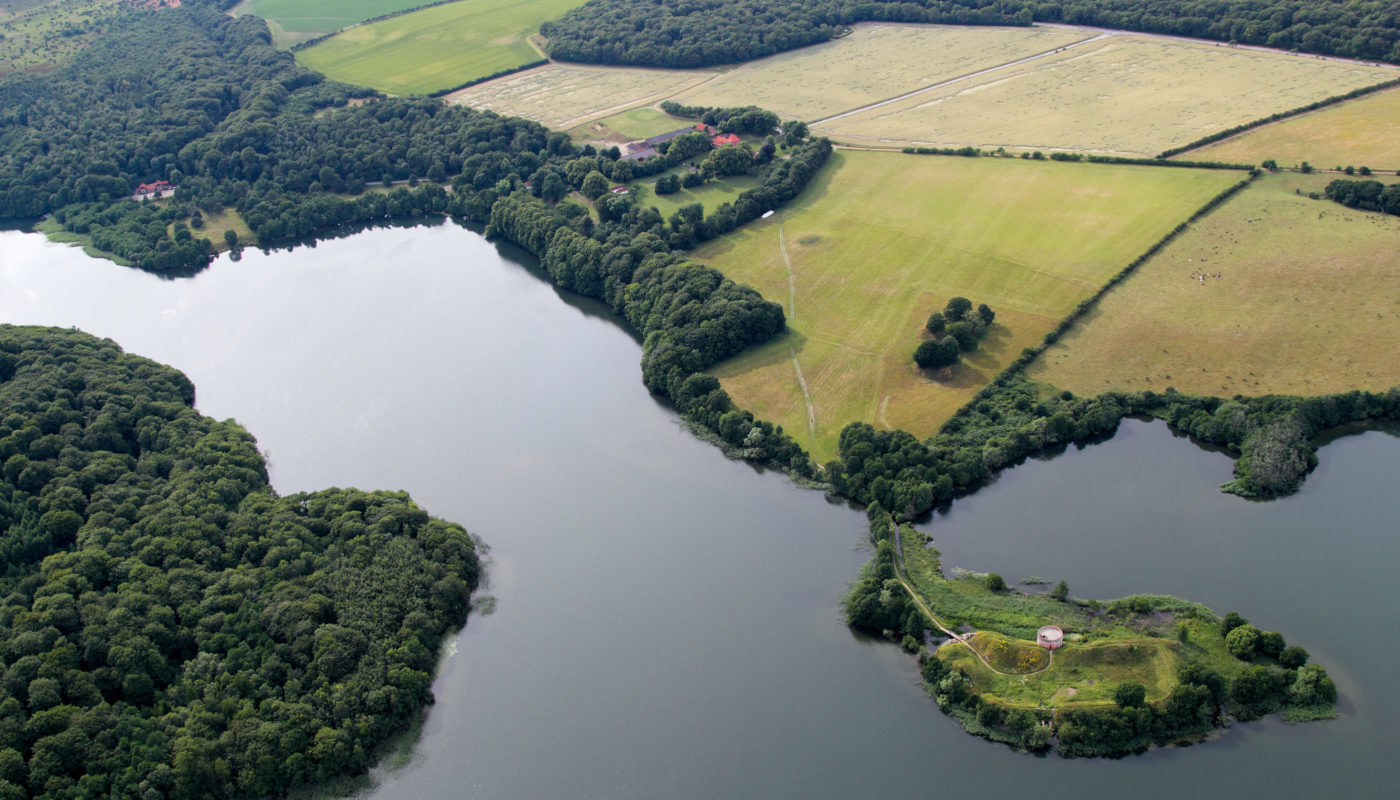 Elgaard Architecture achieved a 2. place in the competition to create an overall communications plan for the area’s ruins, moat and other culture trails. The project focused on the restoration of the landscape, ruin and Hald barn, which we suggested be converted into a communications centre for the area’s cultural and natural history. 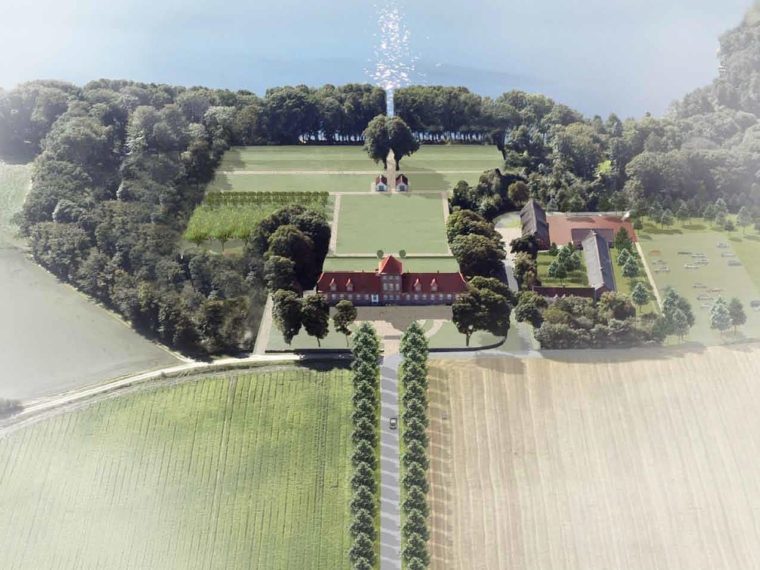 Hald, Powerful People and Nature
For centuries, Hald has been a centre of power. In the Middle Ages, the area was home to a fortification and several castles, such as the knight Niels Bugge’s, and, in the 18th century, a thatched manor house with a park in Baroque style and a Romantic garden facing Hald Lake.

The fifth and present Hald Manor was built around 1787 by the magistrate and chamberlain Frederich Schinkel (1719-94), who was the lord of the manor in the period 1750-94.

The visualisation to the left shows the large landscape axis.

“The landscape project “The Landscape of Power” points both forwards and backwards in time and will in future integrate Viborg, Hald and Dollerup far better, so that anyone who visits the area around the town of Viborg in Jutland becomes aware of this unique landscape and the inseparable connection between town, castle and nature.” 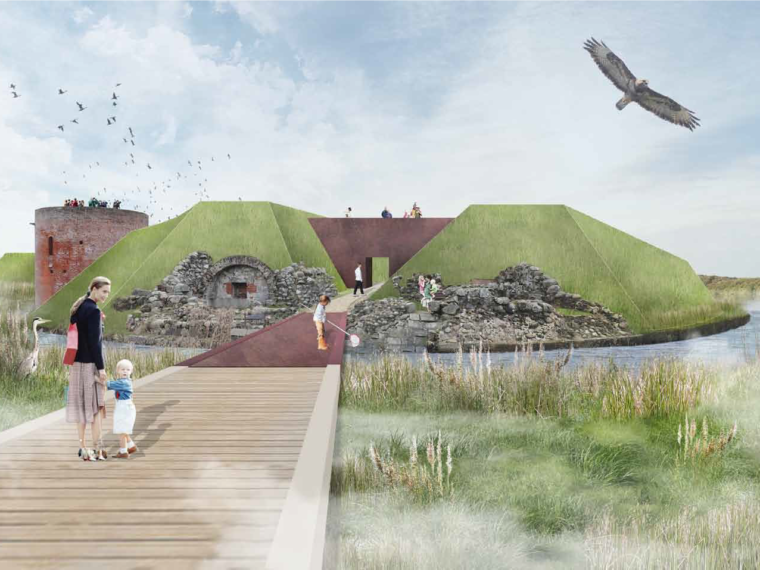 As a natural extension of the path and the wooden bridge, we proposed the establishment of an iron bridge that could convey the story of arriving at Hald 3 via a drawbridge. Furthermore, we proposed the creation of the Gate Bridge, a gate with a bridge connection that extends between the tops of the two mounds. Upon arrival at Hald 3, you would have to pass through the gate under the bridge and would thus experience the feeling of being in a defence work. Visualisation: Schønherr 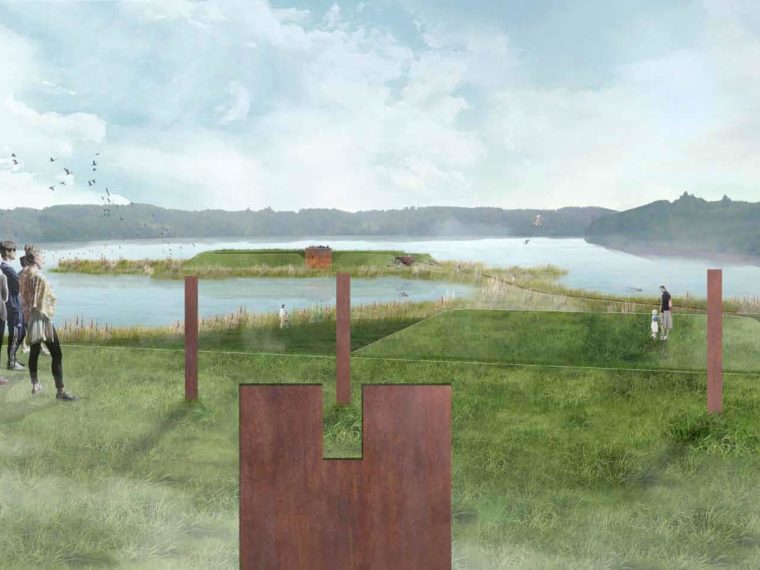 Embrasure on Valdemar's Fortification. At Hald 1, it is crucial to convey the site's dramatic siege history. By clearing the hillfort of shrubbery, the connection between Hald 1 and 3 could be restored, thus supporting the narrative of the connection between the castle and the fortification. We suggested that the story of a potential trebuchet on Hald 1 be conveyed through an installation consisting of four iron disks in the landscape. Visualisation: Schønherr
“"Are you friend or foe?" The highlight of the drama in the castle is the gatehouse on Hald 3 from which anyone who approached the castle would have been watched. This place should also in future appear as a significant statement conveying the siege history.” 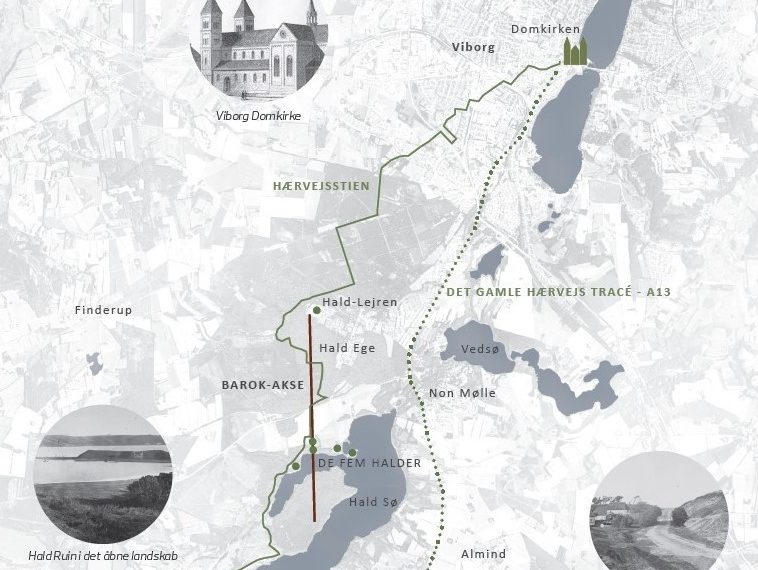 Map of the area around The Five Halds 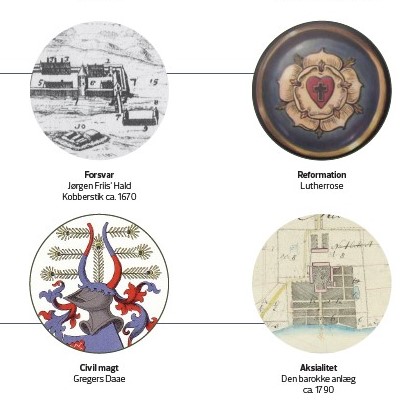 The narrative of the former cannon tower which was used as a prison for Bishop Jørgen Friis is an important part of Hald 3's story. Long before arriving at Hald 3, you experience the tower as a landmark that rises above the ramparts. We proposed strengthening this narrative by removing the existing deck and wooden floor in the tower room and establishing a new bridge across the dungeon.
“Today, Hald and Dollerup are popular destinations for excursions, where contrasting nature and 700 years of cultural history provide the backdrop for recreational activities.” 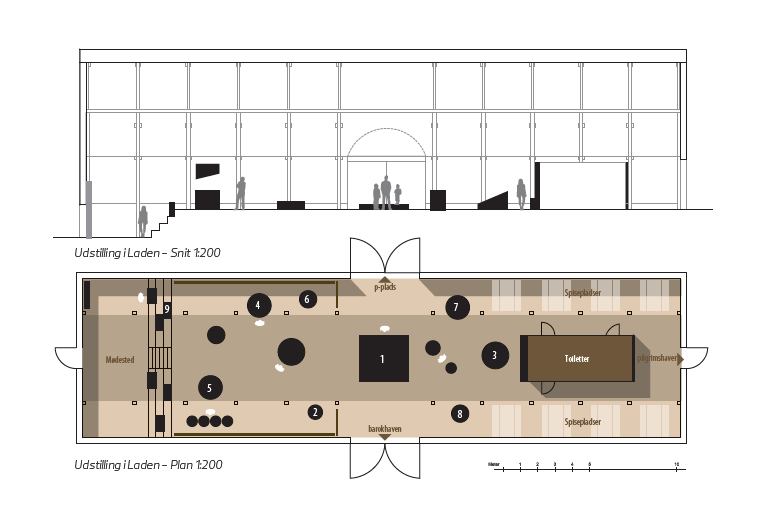 Old Barn with New Significance
The great value at Hald Manor’s barn lies in the authenticity of the room and its open nature. To reinforce these conditions, we suggested that the toilets be placed in a free-standing box in the middle of the room. This would allow the visitor to get the full experience of the room’s impressive expanse and visible construction. The existing driveways were proposed as the main access road, and behind the gates the idea was to establish facade sections in steel and glass so that the gates might remain open and invite the audience inside.

We suggested nine communications stations inside the barn. One station, the nuclear station, should provide the overall view of the landscape of power. The other eight stations would each describe a piece of the main story and the landscape of power. In this way, the visitor would be able to navigate between time and place and keep an overview of the many layers of history.