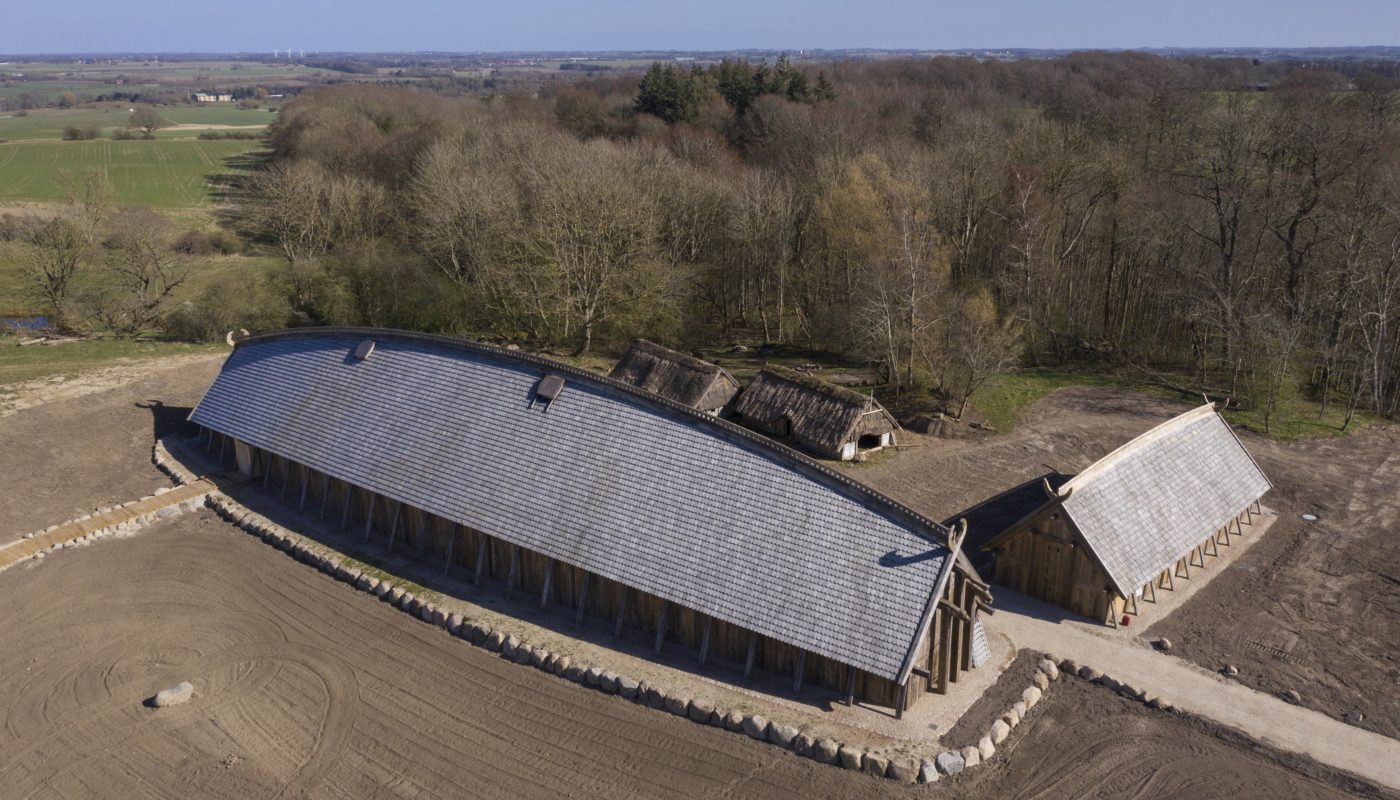 Fancy the Vikings? Then you should definitely tune in today and watch the opening ceremony of the giant, newly erected Viking king’s hall in Lejre Land of Legends near Roskilde! We have been client consultants in the four-year+ process, from the felling of the first oak trees to the last dragon heads settled on the ridge earlier this year.

From 2.15pm today, 17 June, you can watch the opening ceremony via live streaming as the patron of Lejre Land of Legends, Her Majesty Queen Margrethe II, cuts the ribbon to the past. Here you can join in when the 61 metre long, 12 metre wide and 10 metre tall king’s hall invites you inside the reconstruction of the largest Viking Age building found on Danish soil. Watch the live-streaming here (Danish only).