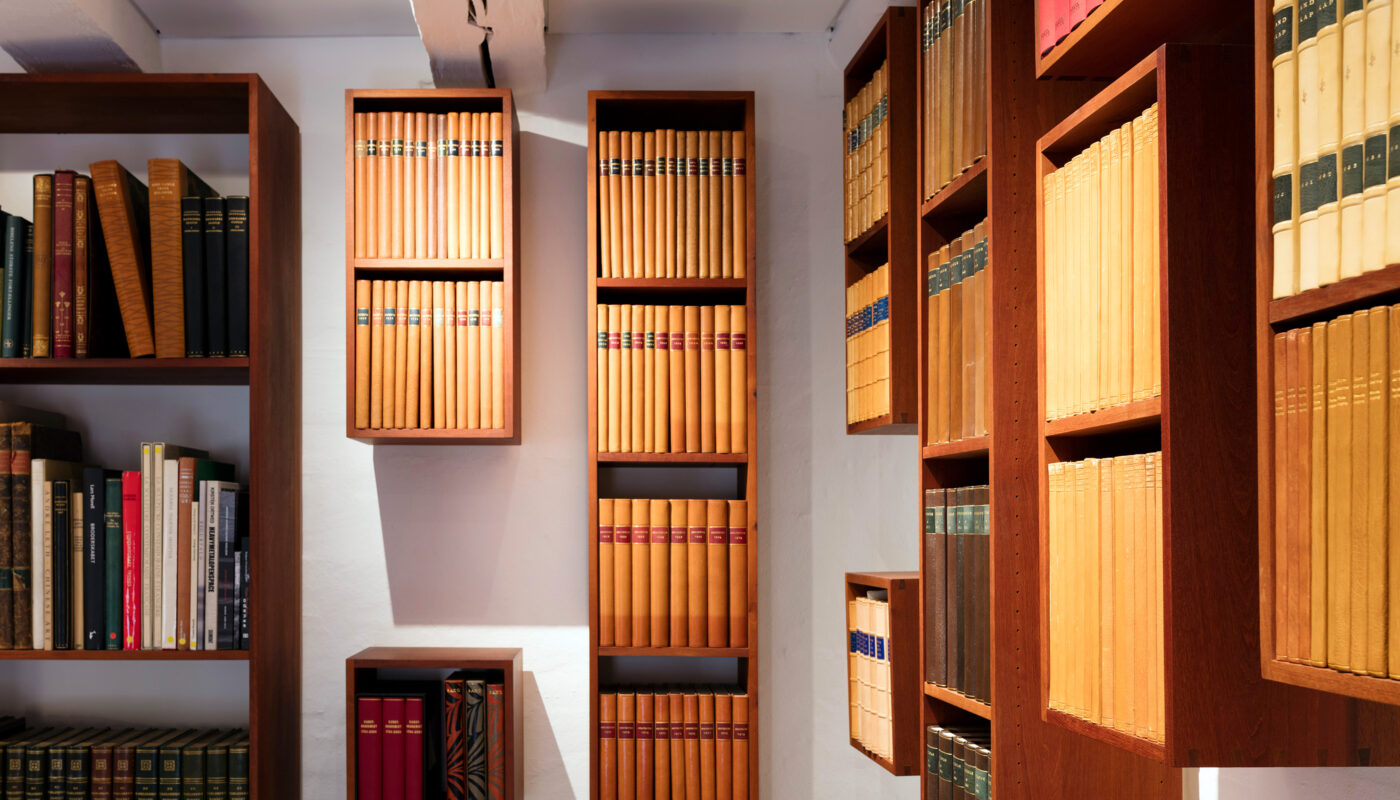 The headquarters of the New Carlsberg Foundation, the listed Brewhouse in Brolæggerstræde in the centre of Copenhagen, has been refurbished into a contemporary workplace focusing on openness, collaboration, art and communication of the DNA and work of the foundation. The functions of the house have been revisited, and the architectural expression enhanced, highlighting the identity and history of the place, allowing the flow and layout of the house to support the present work and very informal collaborative culture.

Spatial upgrade forming an active place of transit for art and flexible forms of collaboration.

The key method has created a connection between the Brewhouse, front house, and the building in between, tying the floors of the brewhouse together, allowing the internal flow of the complex to create a functional frame for the more intricate focus areas and core output. A place where a growing number of works of art in transit are being handled.

The refurbishment has created a greater sense of cohesion within the house, and place for the growing number of employees of the foundation. Concurrently, the flexible and transparent layout reflects the work of the foundation and its very informal culture by appearing open, at eye level with the artistic and research related area about its work and by creating opportunity for internal as well as external interdisciplinary cooperations.

The overall objective of the project was to break with previous more formal expressions and convert the Brewhouse into an active place of transit for art; a place where the artists as well as visitors and employees of the foundation feel at home, and a place where art is an element that brings people together across the house. 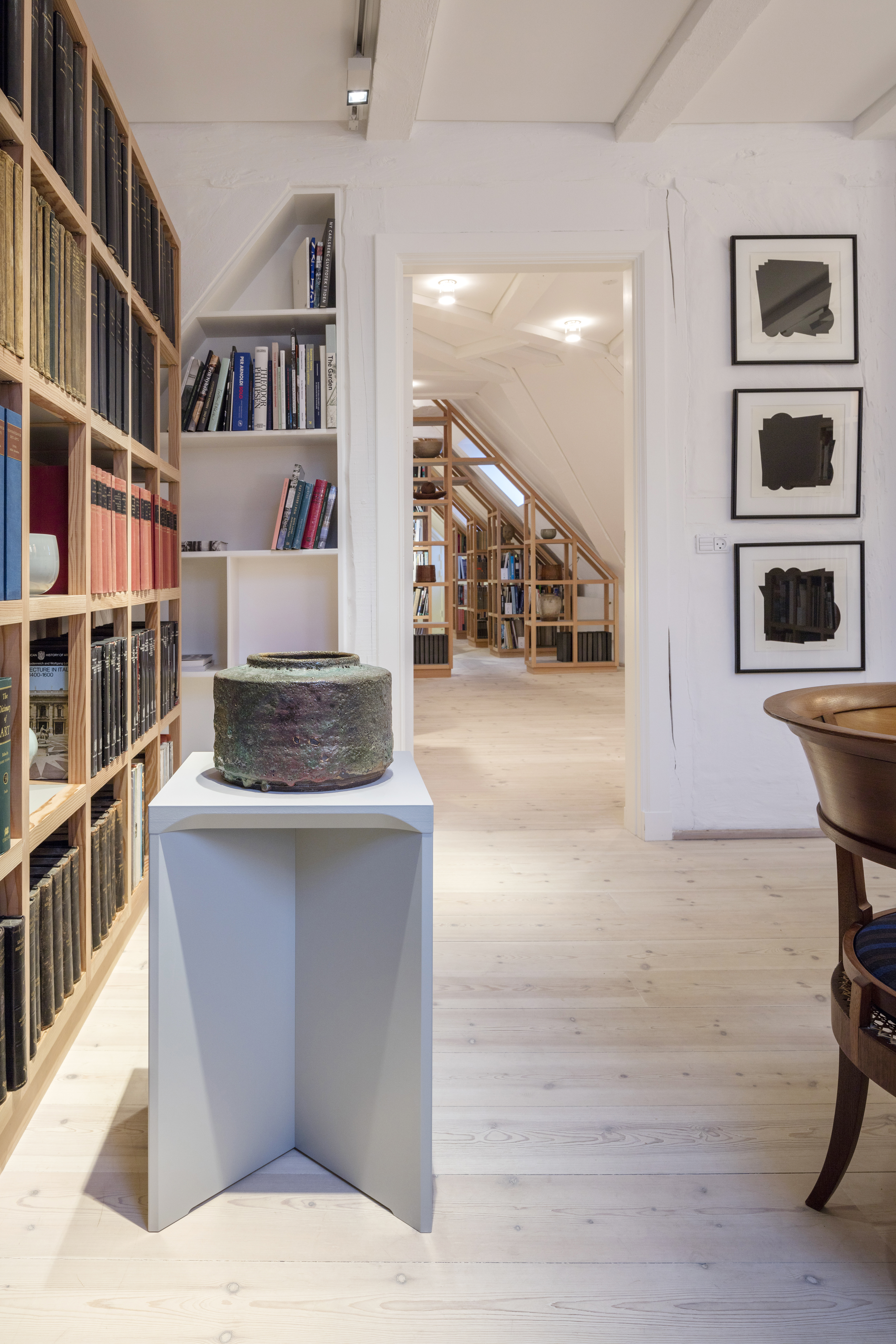 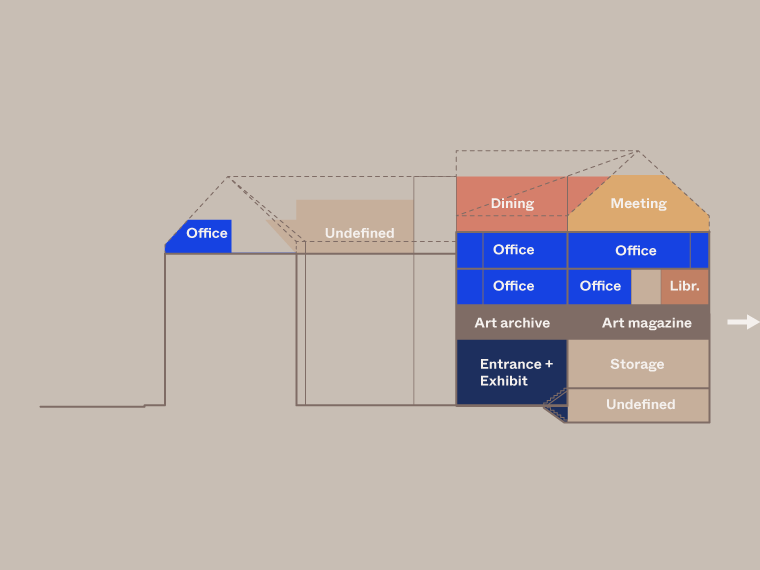 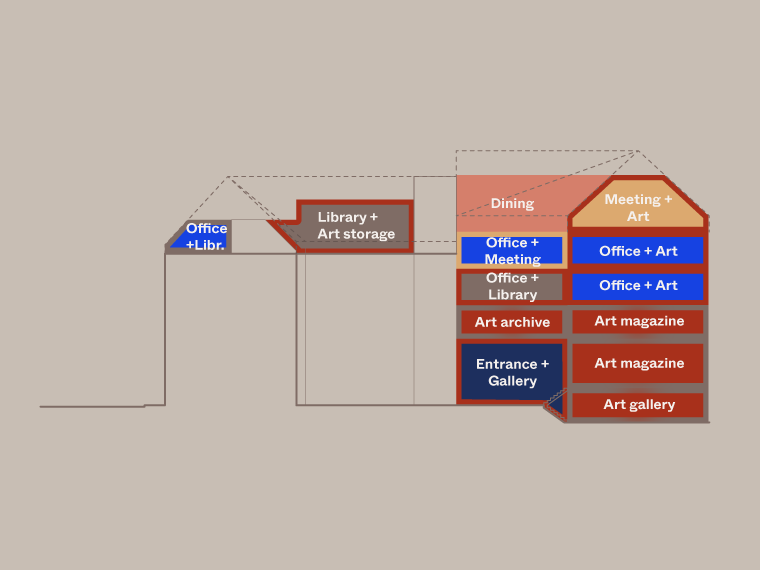 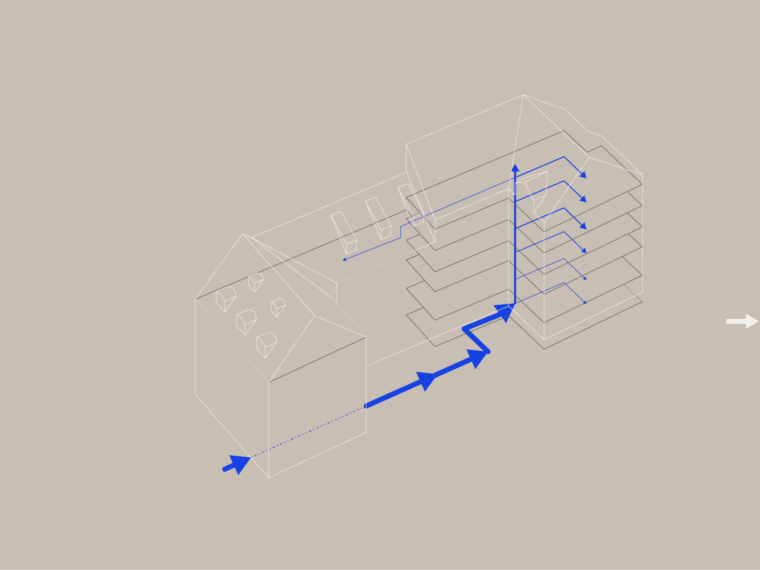 Entrance and flow before and after the refurbishment. By optimising spatialities and the journey through these on all levels, increased communication across the floors have been established. 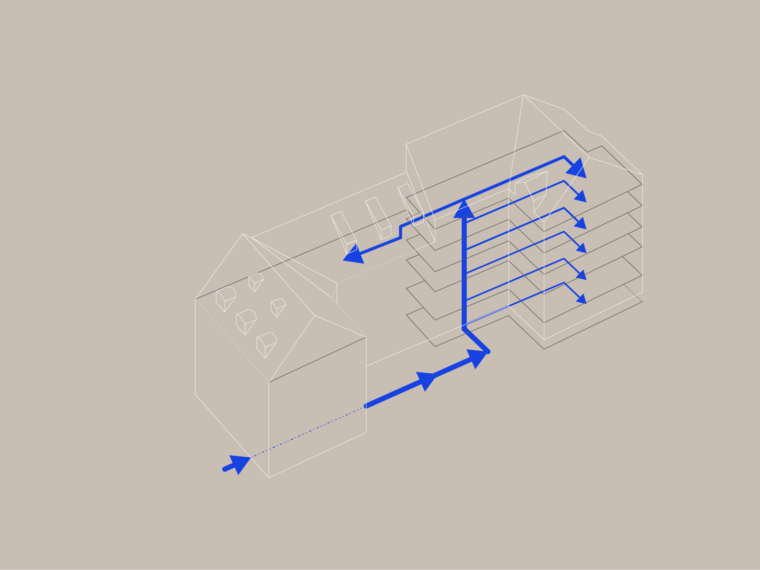 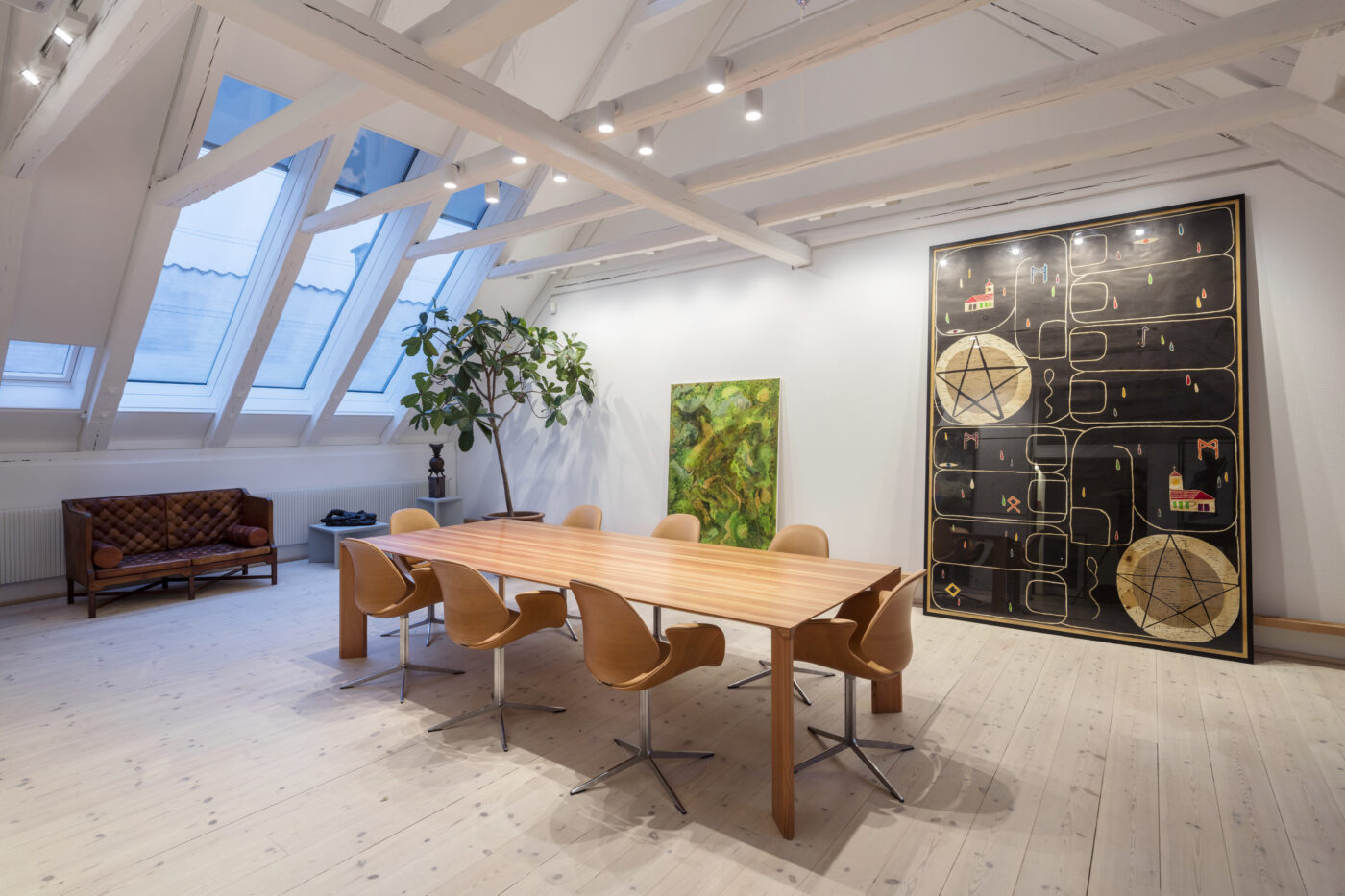 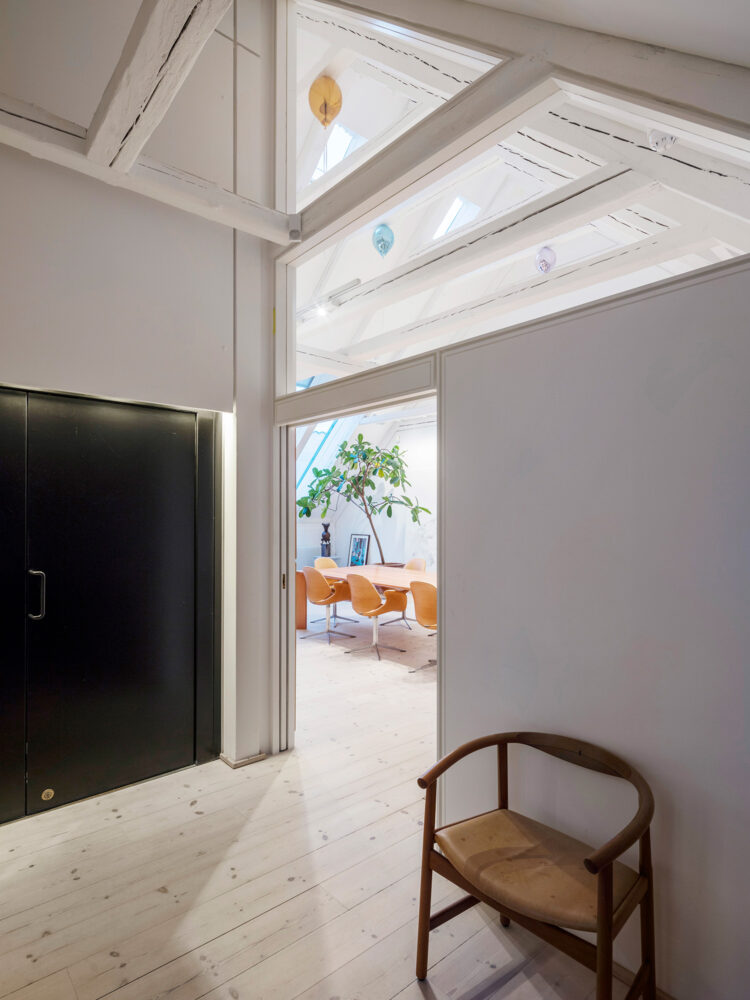 The restoration approach took its starting point in/and processed the iconic transformation of the architect Vilhelm Wohlert’s warehouse from 1972, allowing transparency of the history of development and cultural inheritance, e.g., through a consistent processing of surfaces, transitions, and lighting. For example, Wohlert’s consistent use of shadow gaps repeated within the new spatiality. 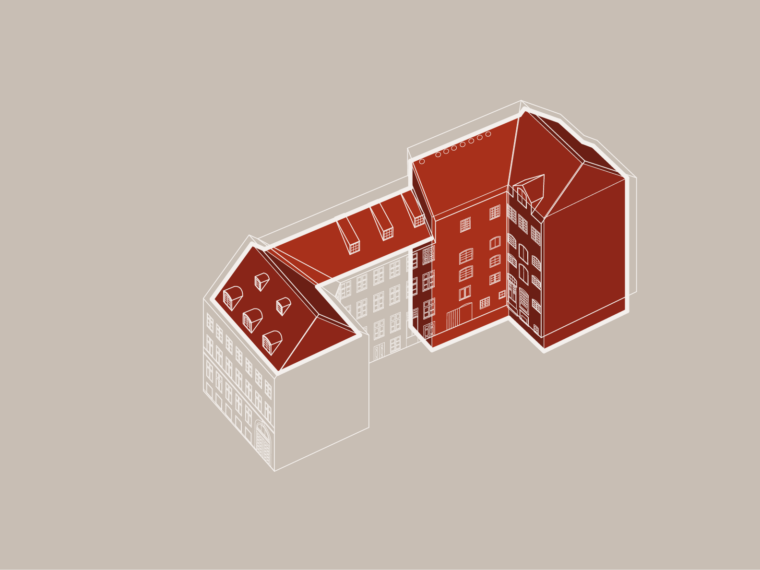 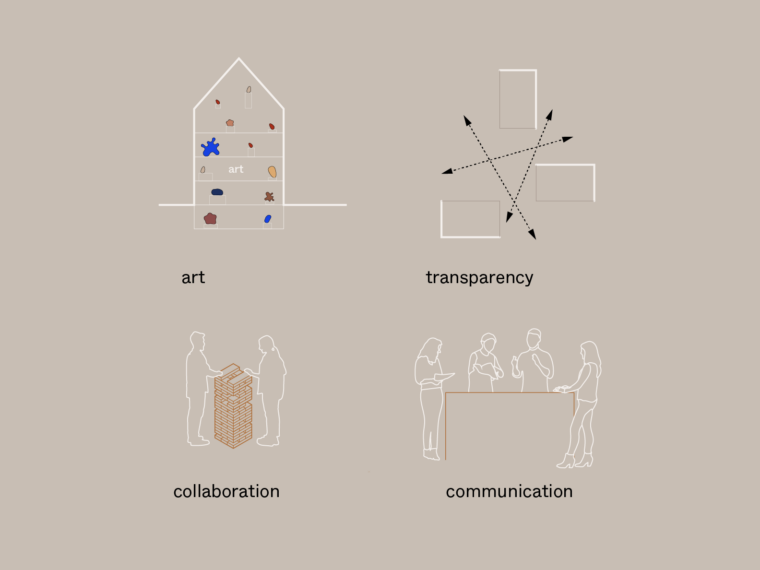 A defined distinction between architecture and décor

By tying the floors together, a series of journeys through these have been established enabling greater flexibility in the exhibit of the art and within the way in which the office and meeting rooms are being used.

In the front house parts of the library are also being utilised as offices, and in the Brewhouse the open floor plan has great flexibility as an open-plan office, show room etc., which can be divided by glass sliding doors.

The designers Salto & SIgsgaard has used the architectural technique as key method having designed a flexible system of furniture, creating a defined distinction between architecture and the décor itself.

The art can easily be placed on the walls running through the rooms and on the mobile freestanding elements. 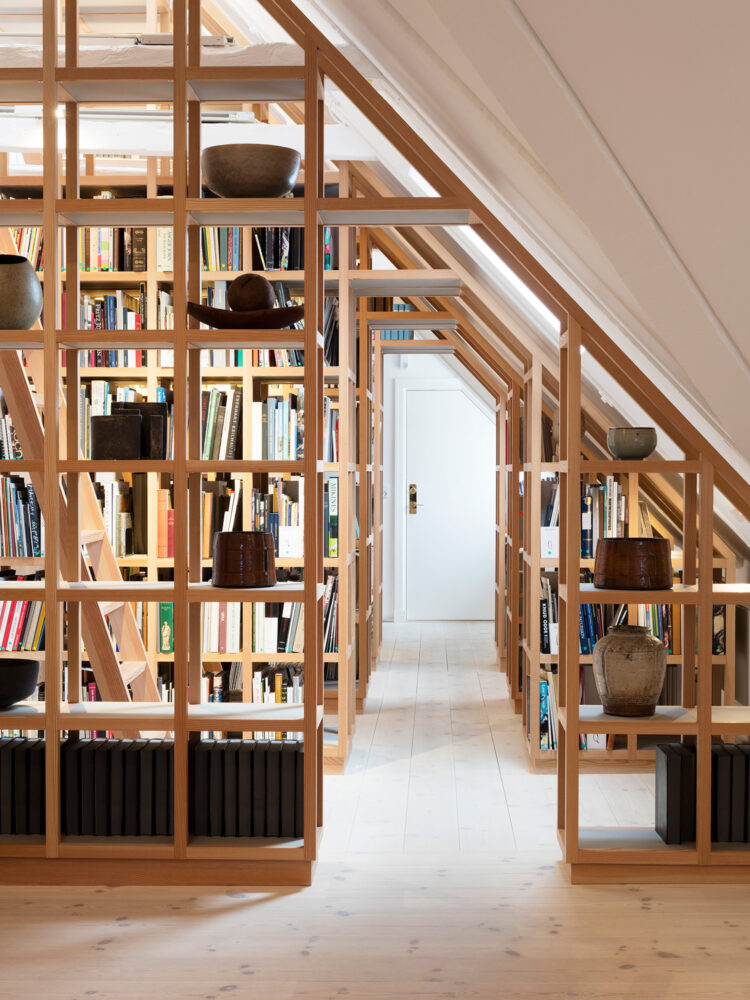 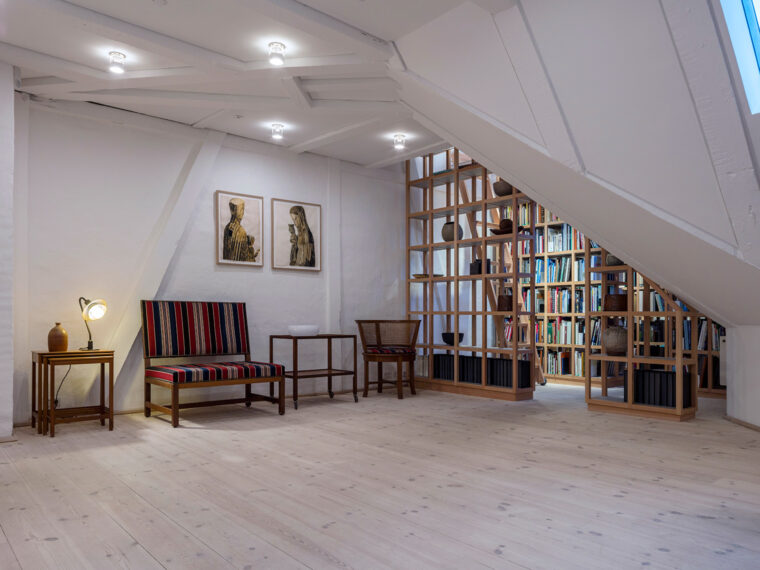 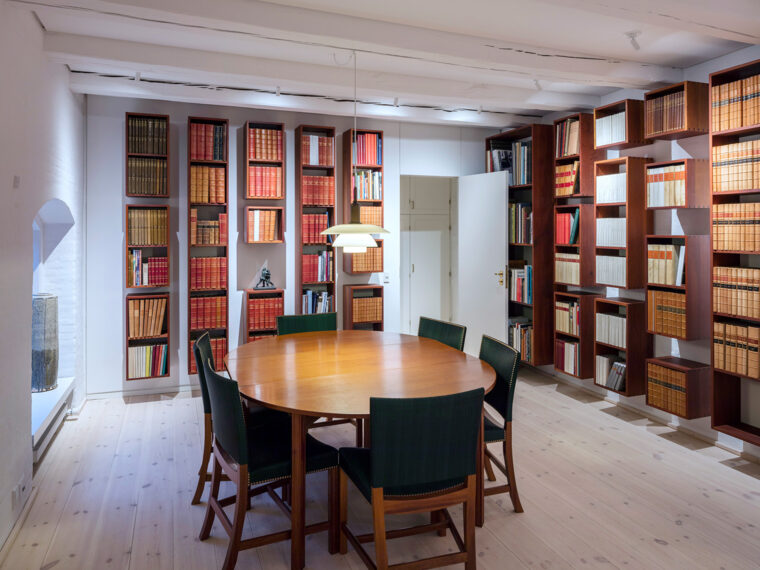 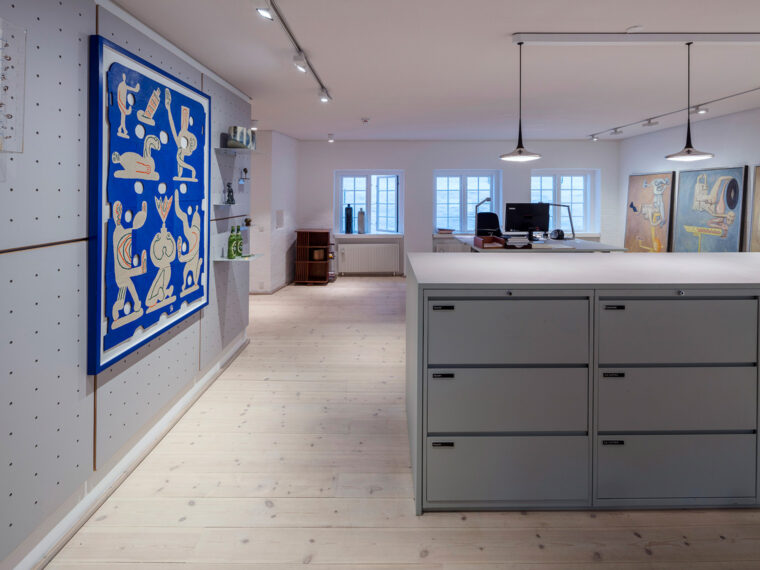 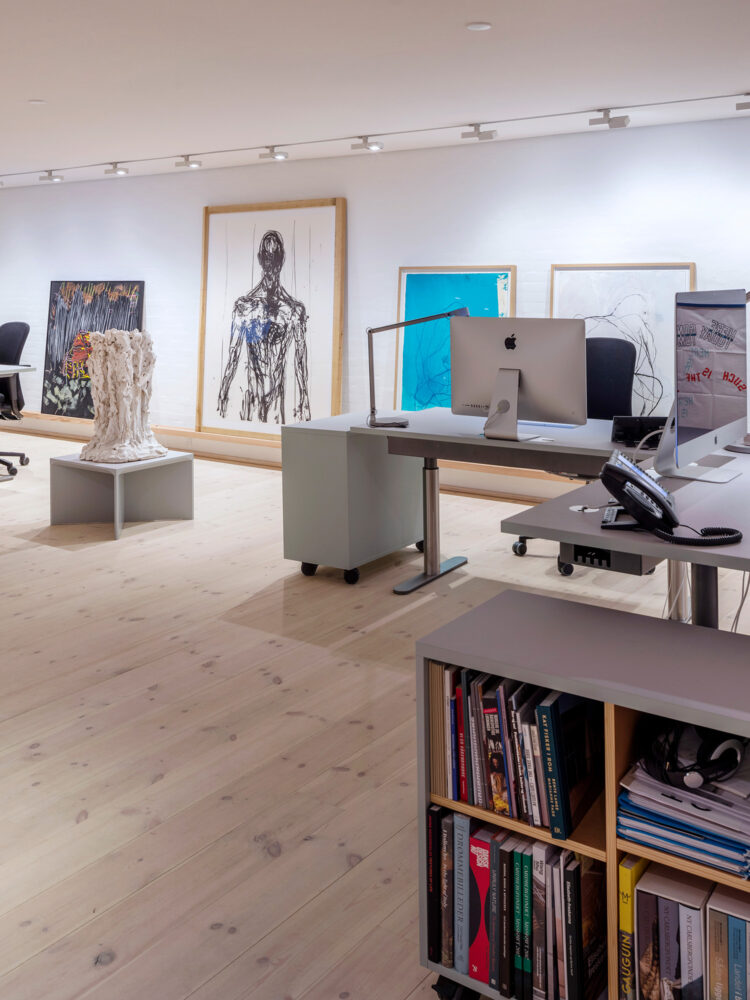 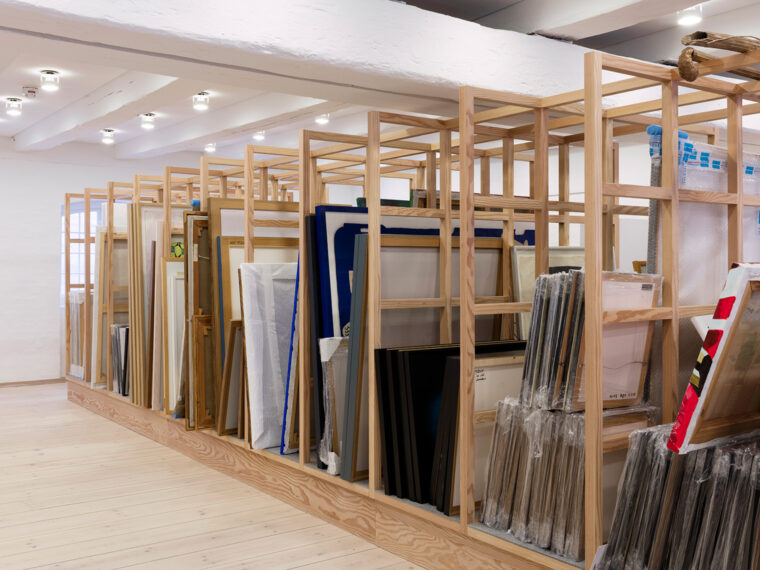 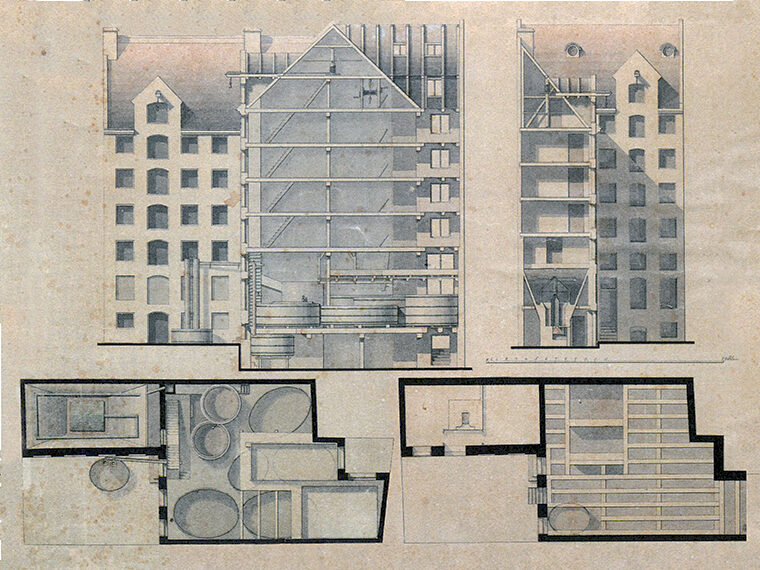 The history of the Brewhouse

The Brewhouse is where the brewer J.C Jacobsen (1811-87) began experimenting with bottom-fermented beer. This set off the business, which later would turn into Carlsberg. His son Carl, who later became a great patron of the arts and the founder of Ny Carlsberg Glyptotek, grew up at the Brewhouse.

The Brewhouse was refurbished in 1973-75 by architect Vilhelm Wohlert, who carried out a radical yet gentle transformation with respect for the qualities of the building and the courtyard. Elgaard Architecture has its roots in Wohlert’s approach within the latest refurbishment and secured that the history of development of the place still can be decoded. 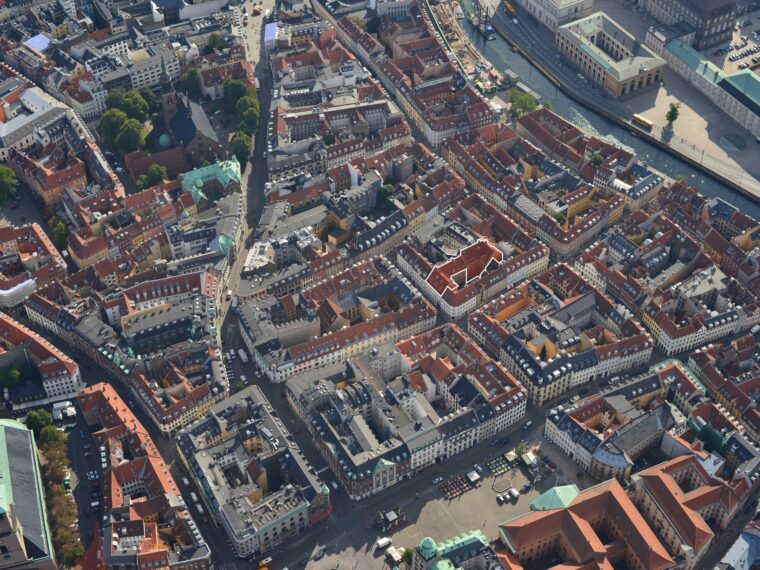 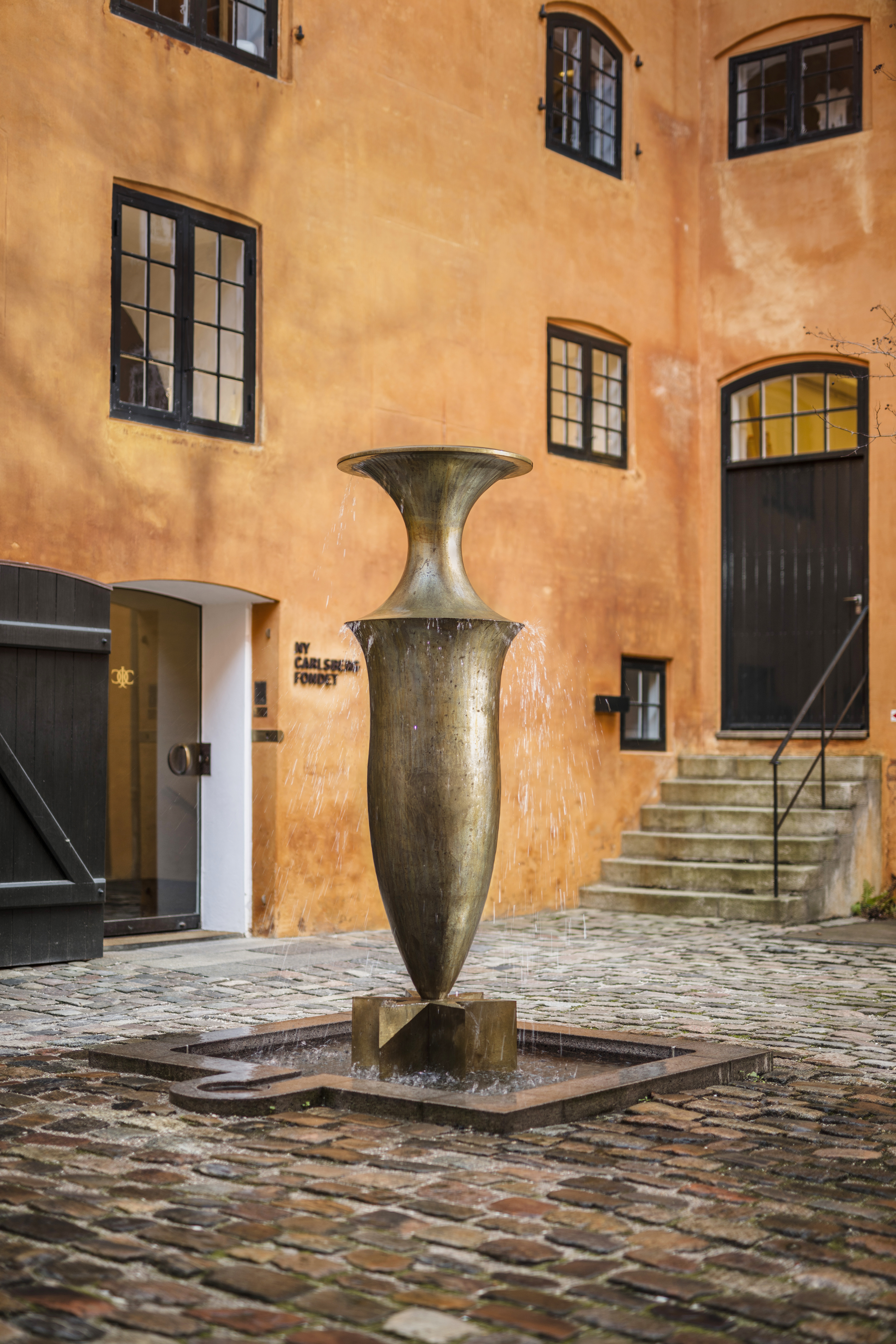