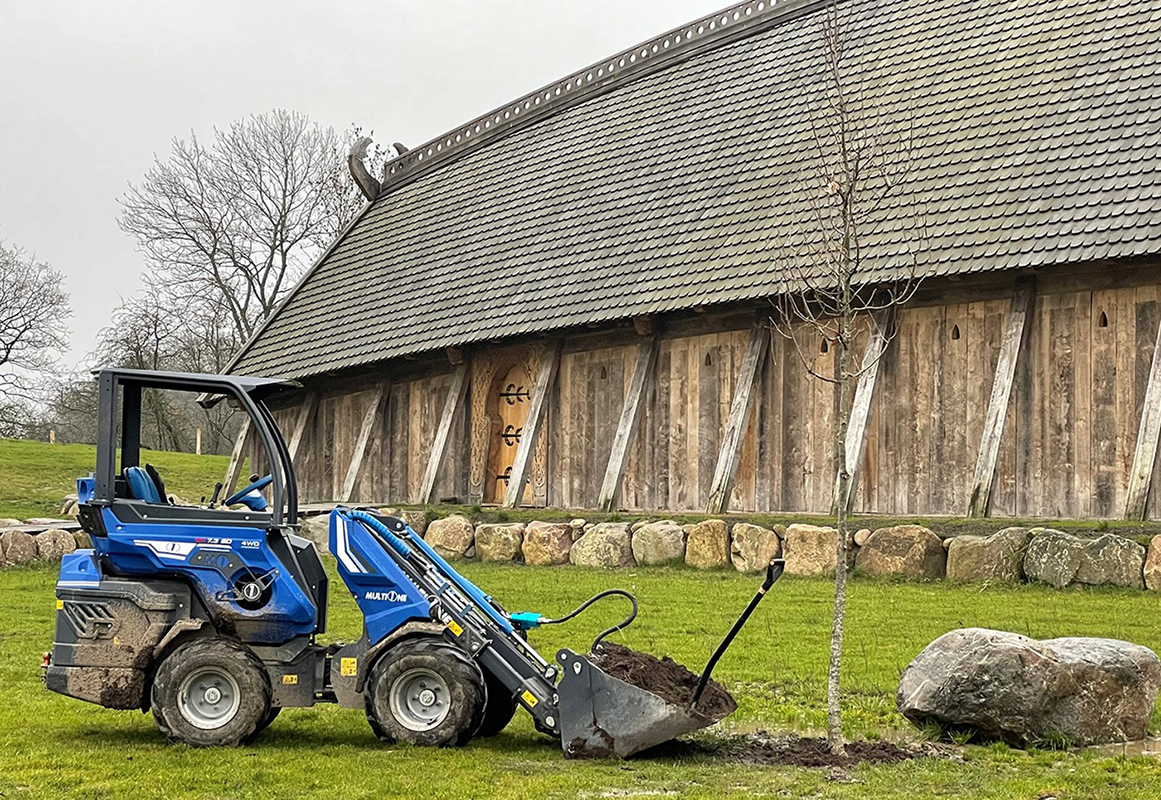 Recently, we planted a ten-year-old and five-metre-tall oak tree next to the King’s Hall at Lejre Land of Legends together with, among others, Director Lars Holten. We were client consultants on the construction of the hall which was completed in 2020. 1000 tonnes of Danish oak were used in the process, and now we have symbolically returned a fraction of them. The tree and a Flora Danica copper engraving of an oak branch from 1861 were Elgaard Architecture’s presents to Lejre Land of Legends at the inauguration of the King’s Hall in June 2020.

The King’s Hall was recreated on the basis of an original Viking hall from the 700s – the largest building from the Danish Viking Age – which was found near the rebuilt hall by archaeologists from Roskilde Museum in 2009.