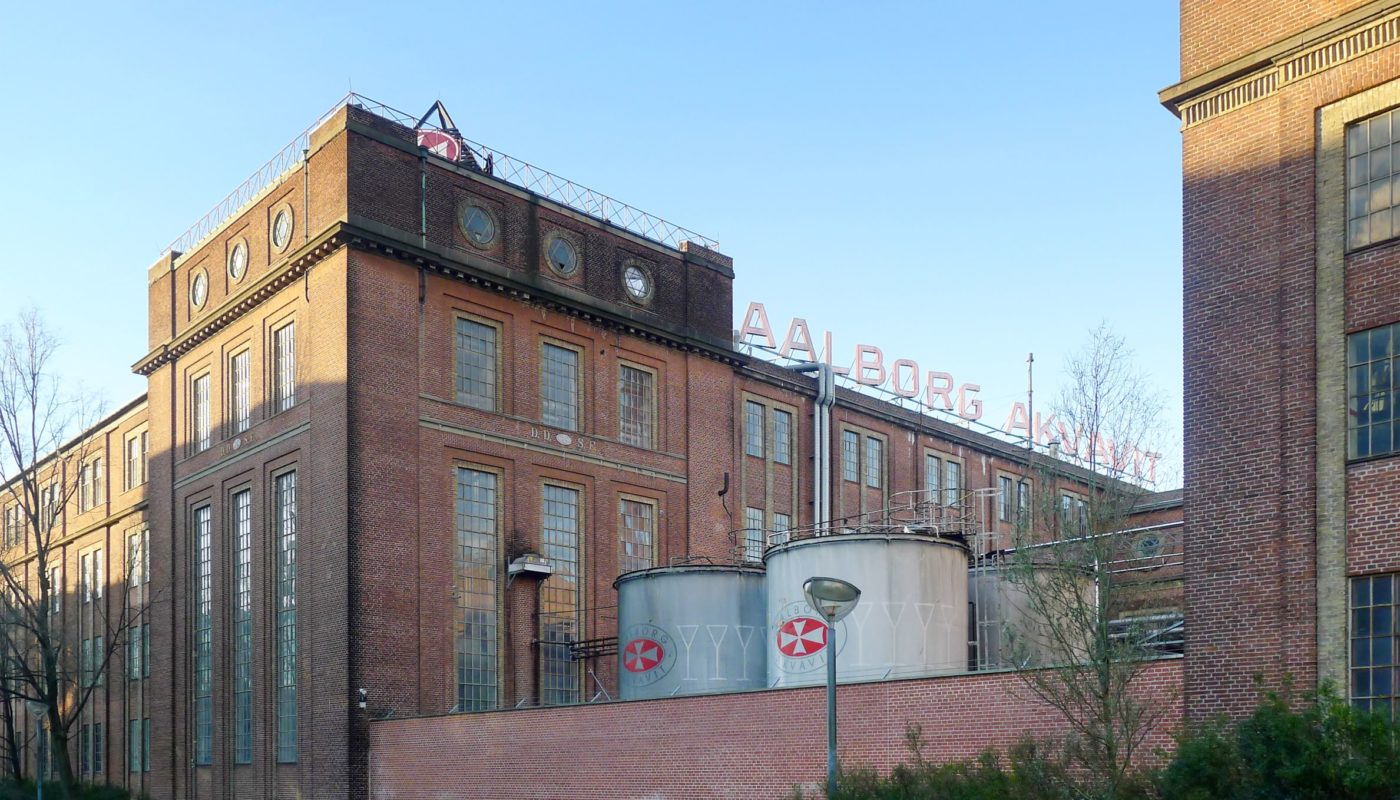 The Magic of Old Industrial Plants

Industrial plants form part of the cultural narrative about ourselves and our society, and the most prominent of them are listed. A number of Danish examples showcase how both listed and preservation-worthy industrial plants have been developed, some of which are successful enterprises, while others are struggling more to make ends meet. It is a very complex task to create a lasting success in this field, and if the project only focuses a few dimensions, it will not succeed.

With equal insight and competence, a balance must be established between conservation values, economic and technical operation, economic and cultural return, new functions, restoration, alterations and new architectural additions. This requires much from the parties involved, but the process starts with an ambitious and competent owner with the heart in the right place. The Aalborg Akvavit Distillery in Aalborg has such an owner. Martin Nielsen has raised 150 MDKK through donations from a number of foundations for the giant artwork Cloud City by the Argentine artist Tomás Saraceno. The work will consist of 68 glass modules, each measuring 4.5 metres in diameter. When put together, the work will reach a height of 30 metres. This has been a fantastic dynamo for the project, which has resulted in a very high level of ambition from everyone involved. 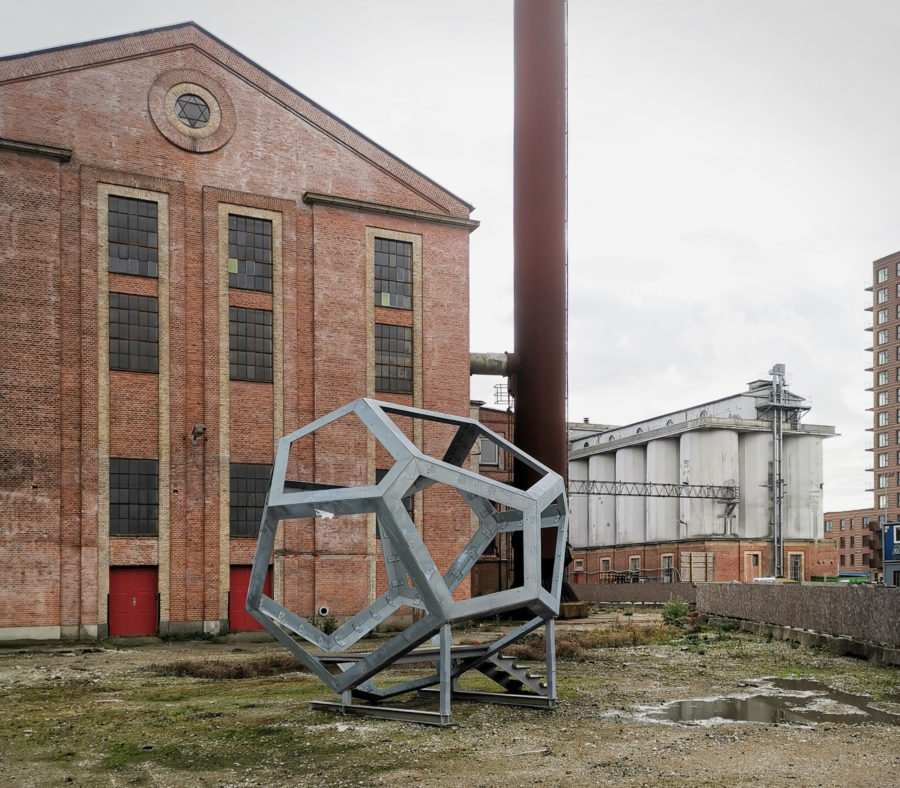 We have worked with many different authorities and builders, and over the years we have repeatedly been confronted with the fact that laws and regulations as such do not create good houses, and the same can be said about building owners – it is all about clear goals and cooperation!

The distillery in Aalborg was listed in 2015 and will, until 2023, be developed into a new, cultural centre of gravity in both a local and national context. In 2017, a major feasibility study funded by Realdania was completed, in which the client, the Agency for Culture and Palaces, the Municipality of Aalborg and an advisory team led by Elgaard Architecture determined the framework for the facility’s sustainable development. The process was rewarding for all parties – including the plant itself – due to the understanding of its past as an industrial plant in which the process from raw materials to end product will be intact once all the new features are established. And it is in this balance that the magic lies. The new hotel will tell the story of the distillery – not the other way around. And thus the hotel becomes unique among all the hotels in the world and unleashes the great potential that the factory facility with its great architectural quality presents. Old industrial plants are both hardy and robust at the same time, but also very vulnerable to changes and additions that do not support their original narrative. 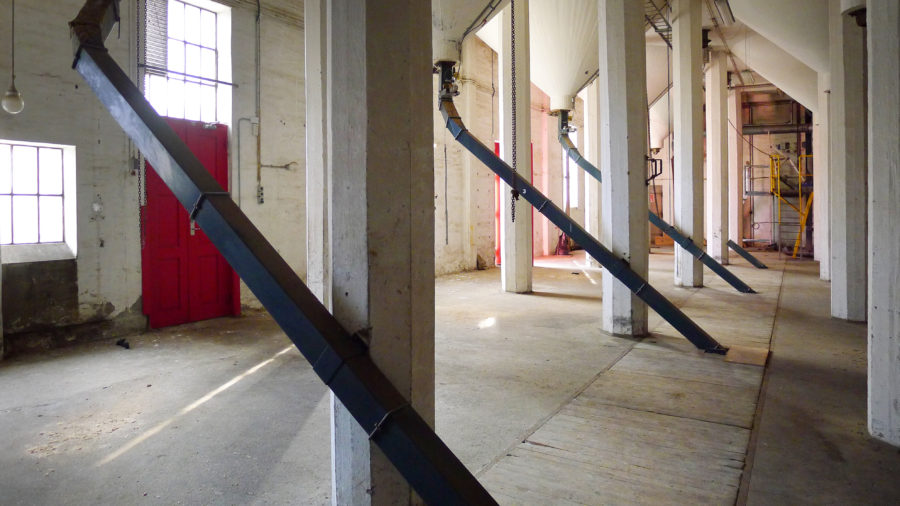 The silo building is a good example of the fact that in the feasibility study a balance point was defined between conservation and development, which has created a unique framework for the new restaurant and brewery that could not have been established in any new building. The silo building consists of 18 concrete silos which are 9.6 metres high and have been used for storing corn or grain – some of the raw materials in the alcohol production. The silos are raised a high floor above ground level, and this lower floor is characterised by the conical studs of the silos, through which raw materials were distributed to the next step in the production process. Above the silos is a roof house, where grain augers and distribution pipes have led the raw materials to the individual silo pipes.

All in all, it is a building that can be described as quite introvert, without much daylight and not created for human habitation. By simple measures, though, and by preserving as much of the existing silo building as possible, it has become possible to develop a project in which the building’s identity as a silo building is maintained and new and surprisingly innovative interiors are created and make demands of the development of the restaurants and the brewery which must take place on an equally ambitious level in terms of the architecture.

Aalborg Akvavit Distillery is not conventional. Nor is the development project or the parties involved, who have all understood the difficult art of uniting individual interests, so the result goes far beyond the sum of the individual contributions.

The distillery in Aalborg is an excellent example of what makes the difference in a project of this kind – it’s all about collaboration and being good at it! You can read more about the comprehensive project in this article from Politiken Byrum (in Danish).