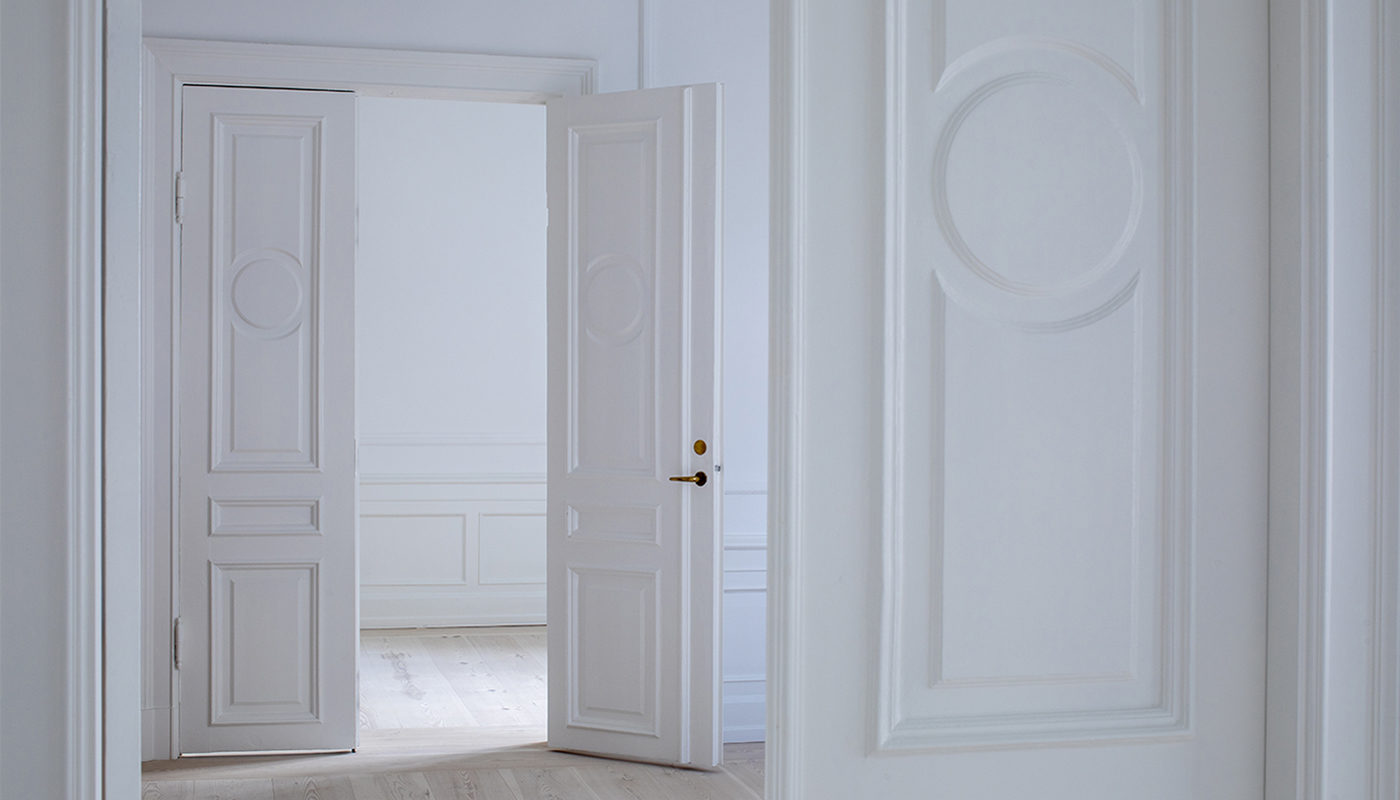 The project included total restoration and redevelopment of the listed property from 1881 in Frederiksgade 11 in Frederiksstaden in Copenhagen. The property is the work of the renowned Danish architect Ferdinand Meldahl and thus part of the Danish built heritage. Two non-listed garage buildings from approximately 1930 in the courtyard were also part of the project. Both the interior and the exterior of the main building has been restored. Elgaard Architecture was the client consultant of the project, from the initial sketches for the authorities, including the application to the Agency for Culture and Palaces, tender, follow-up and construction management during the construction phase.

The Property’s Development
It was architect Ferdinand Meldahl (1827-1908) who was in charge of the building project, which was completed in 1885-86 and created an exceptional architectural entity around the Marble Church in the form of an arch of distinguished properties. Frederiksgade 11 is one of them. However, a slight twist to the story is that only the facades facing the Marble Church were built according to Ferdinand Meldahl’s plans. The buildings behind were designed by other architects and differ greatly from each other.

The property Frederiksgade 11 was designed by architect Henrik Hagemann (1845-1910), and its floor plan differs somewhat from Meldahl’s original development plan. The apartments consisted of large living rooms, rooms, maids’ rooms, kitchens, pantries and “air privies”. The latter was supplemented by “toilets” located in the backyard. The building was intended for mixed-use on the ground floor and for residential from the first floor upwards.

In 2016, the real estate company Frederiksgade 11 ApS acquired the property.

“On all floors (most of them contain two apartments per floor), it was necessary to remove irregular additions to the floor plans, system ceilings, various unoriginal floor coverings, plastic cable ducts, unoriginal panels and doors in cheap materials.” 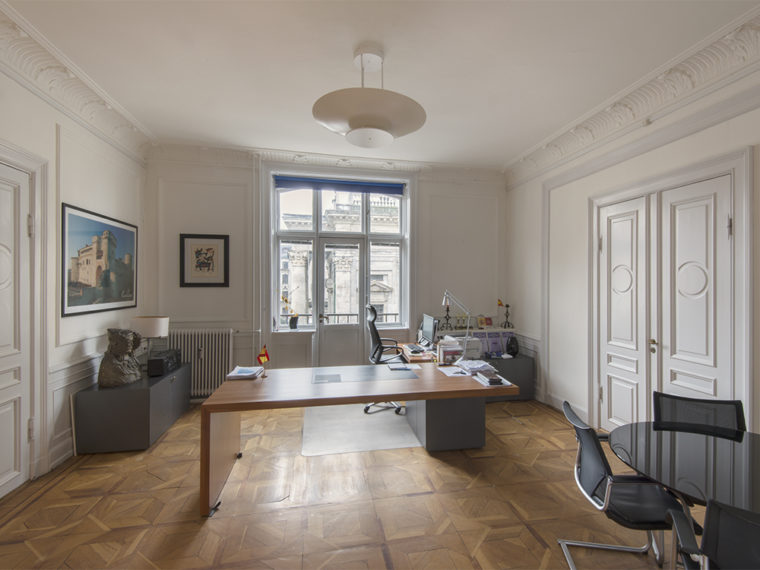 The property's intarsia floors were replaced by new pine floors. The veneer surfaces of the intarsia floors had been repaired several times and were, with few exceptions, in a predominantly poor condition and containing veneer in different colours. 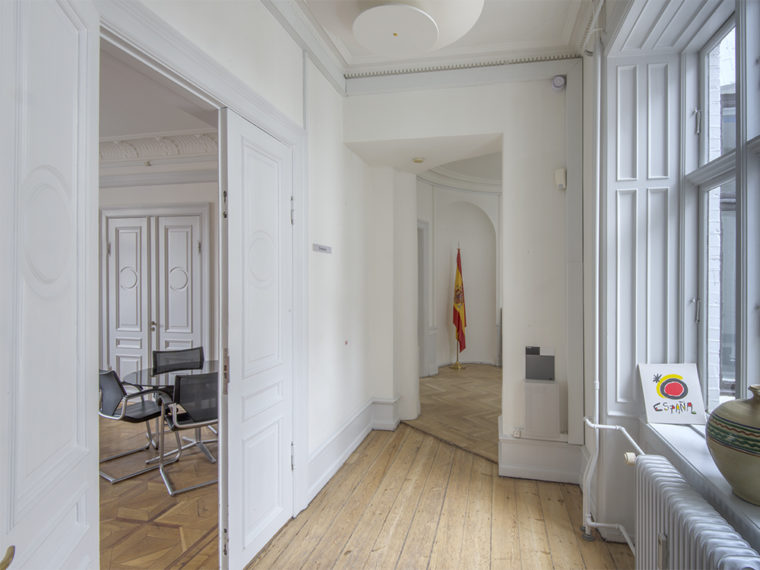 Technically, it would be unreasonably demanding to restore the intarsia floors and maintain a satisfactory level of preservation of as much original material as possible and at the same time reach an aesthetically satisfactory result. Therefore, it was recommended that the existing intarsia floors be removed after a thorough documentation by means of mapping of the existing patterns.
“In general, suspended ceilings were removed, historic surfaces restored, existing front windows refurbished and double glazing windows added.” The same location as in the photo above, after the restoration. All original doors and panels have been maintained and restored, and interior doors have been supplemented from the property's stock of original doors. 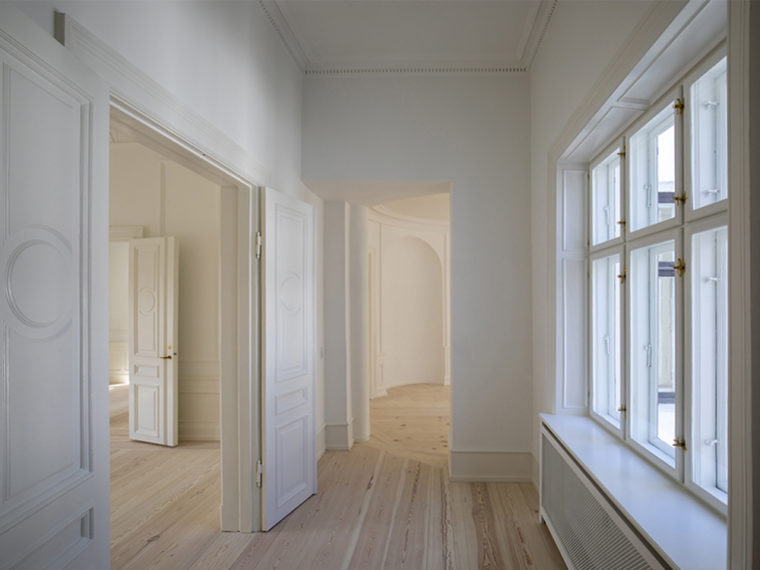 The same location as in the photo above, after the restoration. The property was originally built for mixed-use on the ground floor and private homes on the others, including the top floor. For many decades, however, all floors have accommodated industry (a machine factory) and offices.
A 1970s elevator in the courtyard with a closed facade has been replaced with an elevator with a glass facade.
“The project included total restoration and redevelopment of the listed property from 1881 in Frederiksgade 11 in Frederiksstaden in Copenhagen. Two non-listed garage buildings from approximately 1930 in the courtyard were also part of the project.” 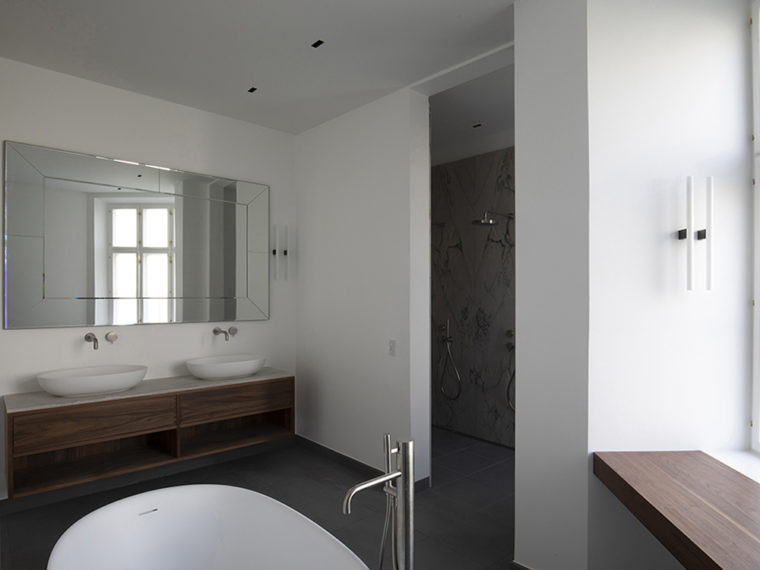 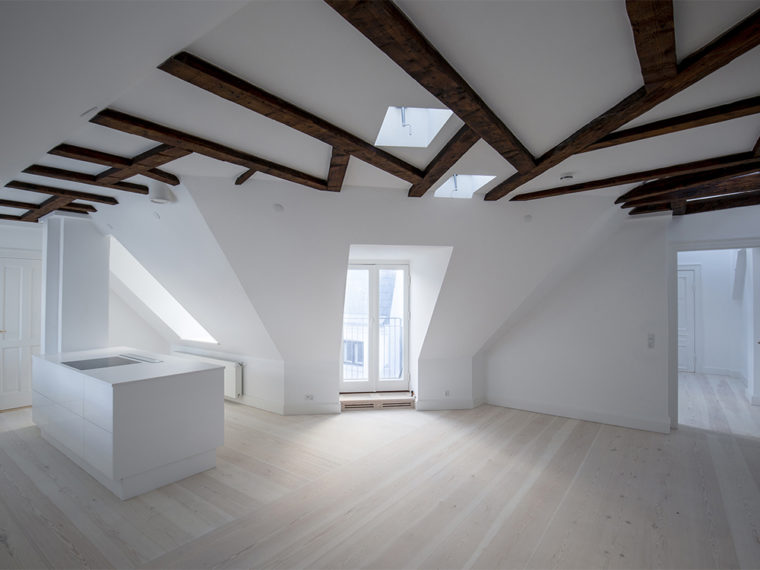 New kitchens have been established on the 3rd and 4th floors of the property, and the original beams in the ceilings have been made visible. 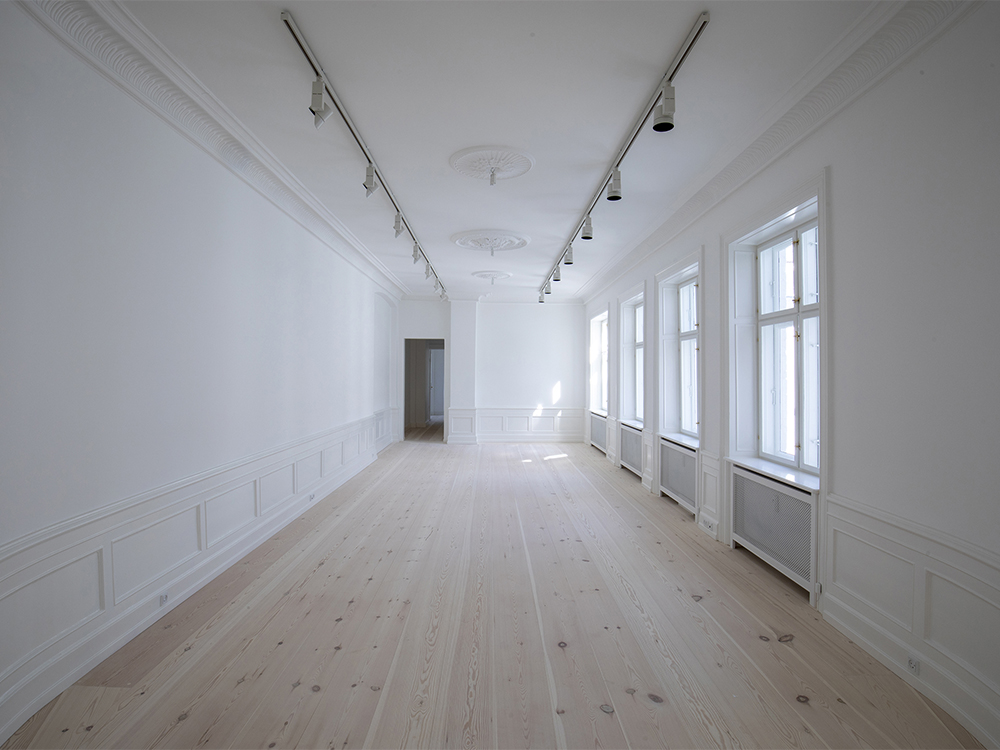