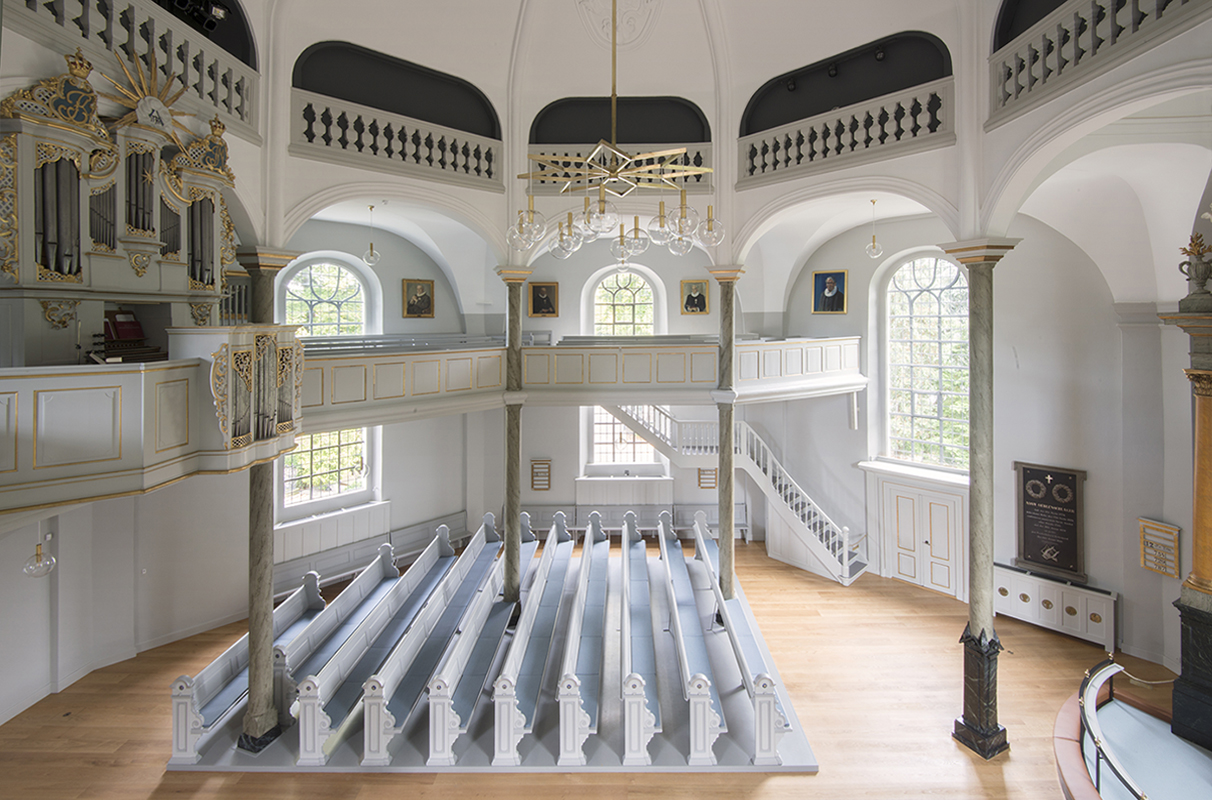 We were lead consultants to Frederiksberg Parish Council throughout the process of restoring and renovating of the interior of Frederiksberg Church. The church occupies an area of ​​685 m² and consists of a characteristic octagonal main building, which is integrated with the porch and sacristy.

Theme
Restoration and renovation of the church interior

The Pulpit Altar
Frederiksberg Church is a Baroque church which was designed by the Dutch architect Felix Dusart and erected in 1733-1734. The church has since undergone numerous conversions and extensions, the most important ones being those in the 1750’s, 1780’s, 1864-65, 1874 and 1904.

The organ and the characteristic pulpit altar were added in the 1750’s. Pulpit altars are altars in which the pulpit is built into the altar wall, and they originate from Germany. They have been in use as far back as the Reformation and belong to the Protestant tradition in which they represent the two significant parts of the religious service, the sacrament and the preaching, joined together in the same place. 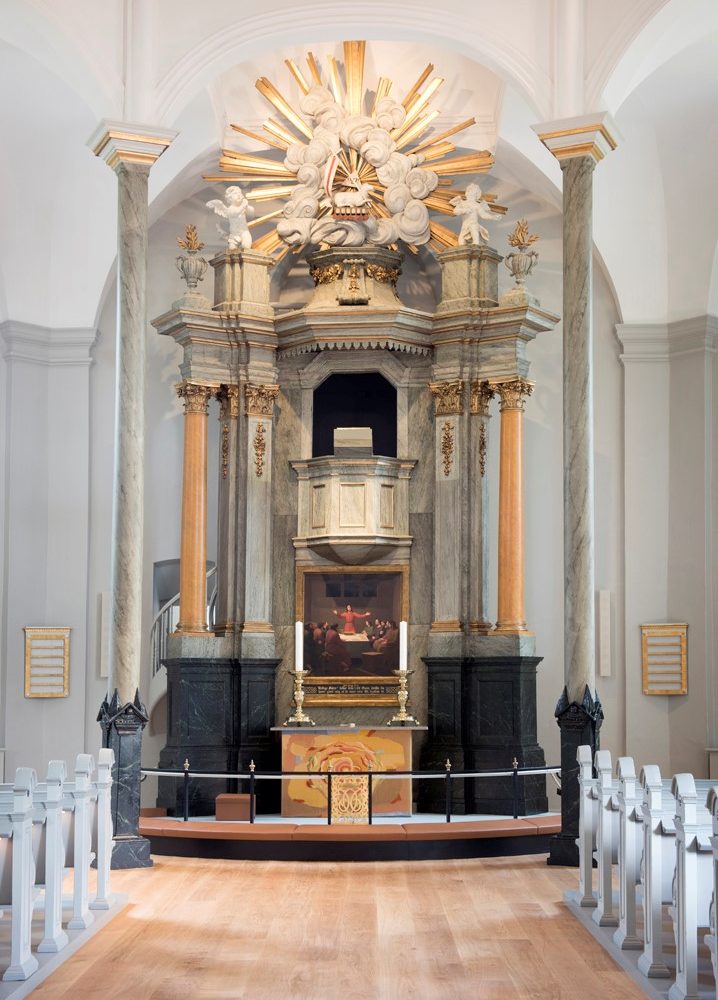 In addition to the significant effect of increased daylight intake, the removal of the lower gallery has enhanced the view towards the altar and the pulpit from the seats on the floor. The altar itself was restored and made climate-proof by conservators.
“The assignment was won in an architectural design competition and was based on a main concept in which the later added lower gallery was removed and the historic church room restored. ” 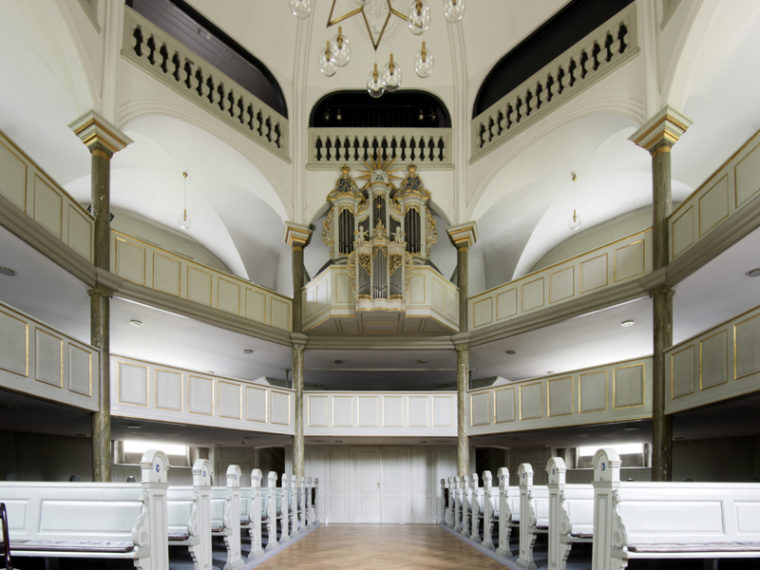 We discovered that the church’s lower gallery was added in the 1780’s due to lack of space, approximately 45 years after the church was built. The lower gallery limited the natural daylight in the church and made the space underneath it and in the gallery itself feel very “squeezed”. In addition, it confined the geometry of the room, for instance upon arrival at the church where the first glimpse into the church room was obstructed by the gallery. 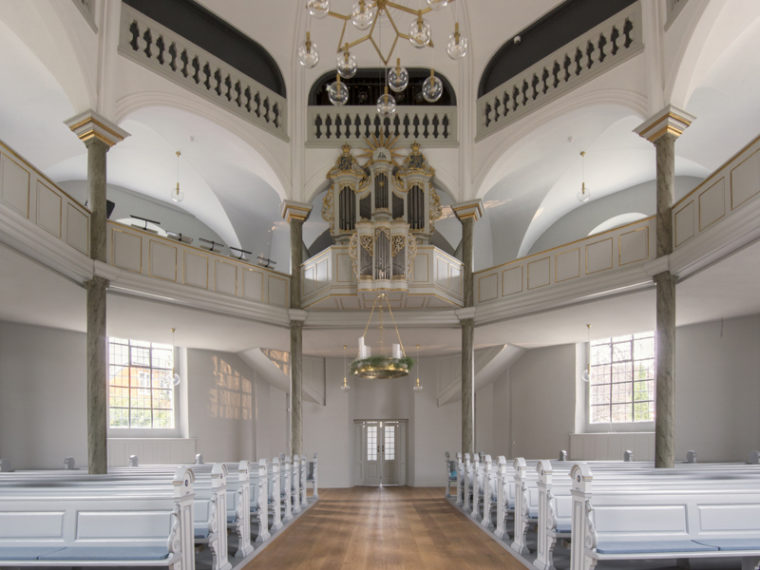 The lower gallery has been removed which in turn has increased the natural daylight and enhanced the view in the church. Frederiksberg Church was constructed with a brick floor in 1732. However, a 100 years later the stone floor was replaced with a plank floor. The parquet flooring which was added in the 1950’s seemed a foreign object in the church room and resembled a living room or dance hall floor. At the restoration, it was replaced by a new plank floor. 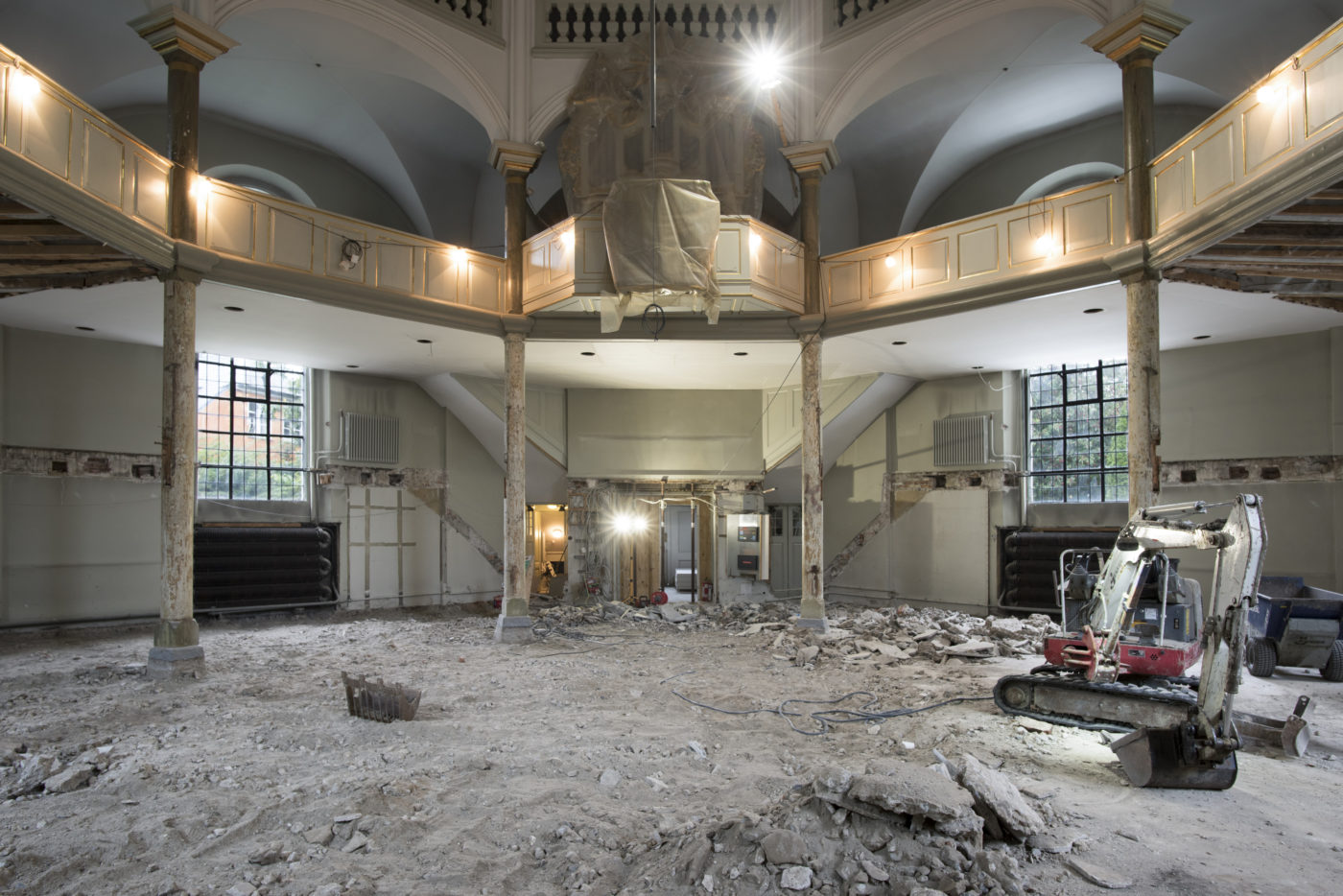 All the church pews and the altar were removed during the restoration.
“The project is an example of a radical change in a listed building that probably broke with the church’s development narrative, but which sharpened the building’s architecture and the overall expression of the church room.”
Peder Elgaard, Partner 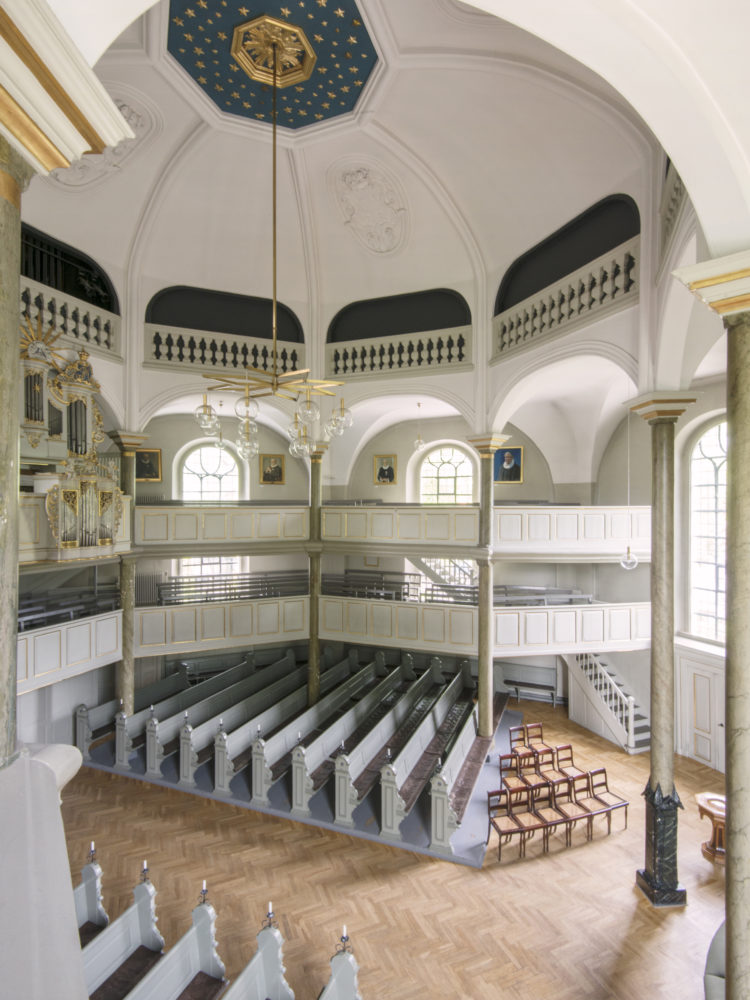 Prior to the restoration, there were 679 seats in the church, but only 322 from which there was a complete view of the church room. This was the functional argument to support the removal of the lower gallery and thereby gain a very substantial architectural improvement of the church room.

The original pews were designed as a coherent octagonal block in the middle of the church room, ’finely calculated and in great harmony with the exterior of the church,” as Jan Steenberg writes in the work “Denmark’s Churches”. The octagon was clearly a respected and cherished element of the interior. The present, late classical pews date from a major redevelopment in 1864 and were designed by the architect H.N. Fussing. In the latest redevelopment, they were refurbished by a carpenter for better seating comfort.
“As part of the project, all seats were optimised, the floors, lighting and the technical facilities replaced and all surfaces refurbished and restored.” 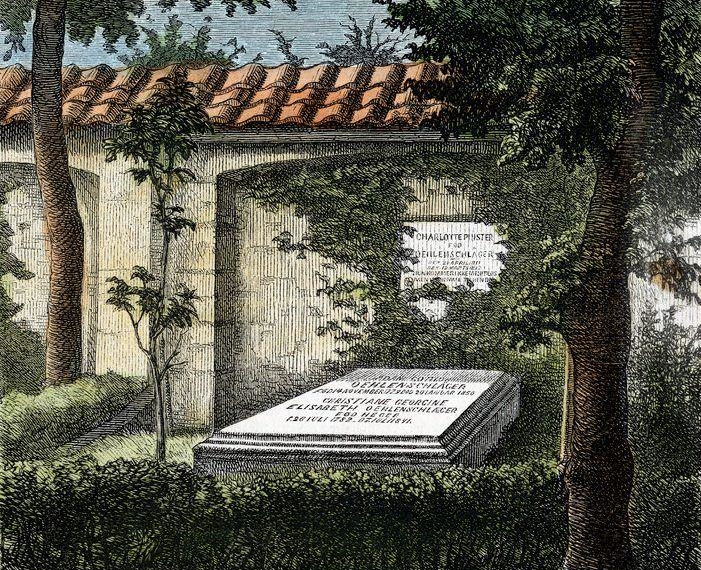 Frederiksberg Old Cemetery
Behind Frederiksberg Church, Frederiksberg Old Cemetery from 1732 is located. In the cemetery, a great number of persons who have stood out in Danish cultural history have found their final resting place. Poet Adam Oehlenschläger (his grave is pictured on the drawing to the left), architect Michael Gottlieb Bindesbøll, Golden Age painter Constantin Hansen, literary historian Knud Lyne and his wife Kamma Rahbek are among them.