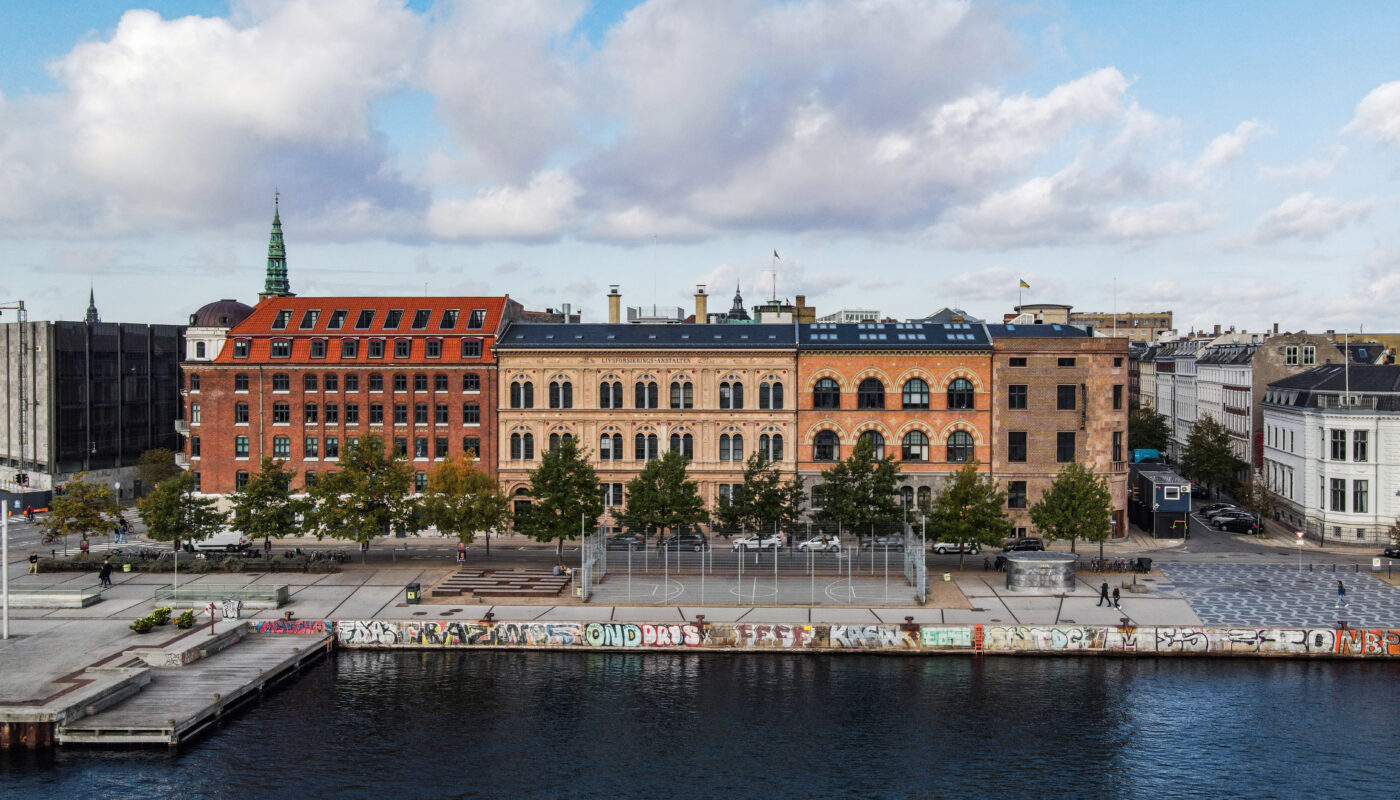 For Jeudan A/S, Elgaard Architecture has developed four distinctive buildings in Havnegade in central Copenhagen. The buildings that flank the habour entrance between Arne Jacobsen’s modernist National Bank and the picturesque Nyhavn area are all listed or preservation-worthy and represent an architectural span of almost 70 years from 1865 to 1933.

Former Connections Re-established
The four impressive buildings in Copenhagen’s Havnegade, in which the Danish Road Directorate had its offices until recently, have been restored to their former glory by Elgaard Architecture. Among others, the connections between the historic buildings have been established, an architectural intervention that Elgaard Architecture has developed.

The GIF to the left shows the historical development of the four properties. 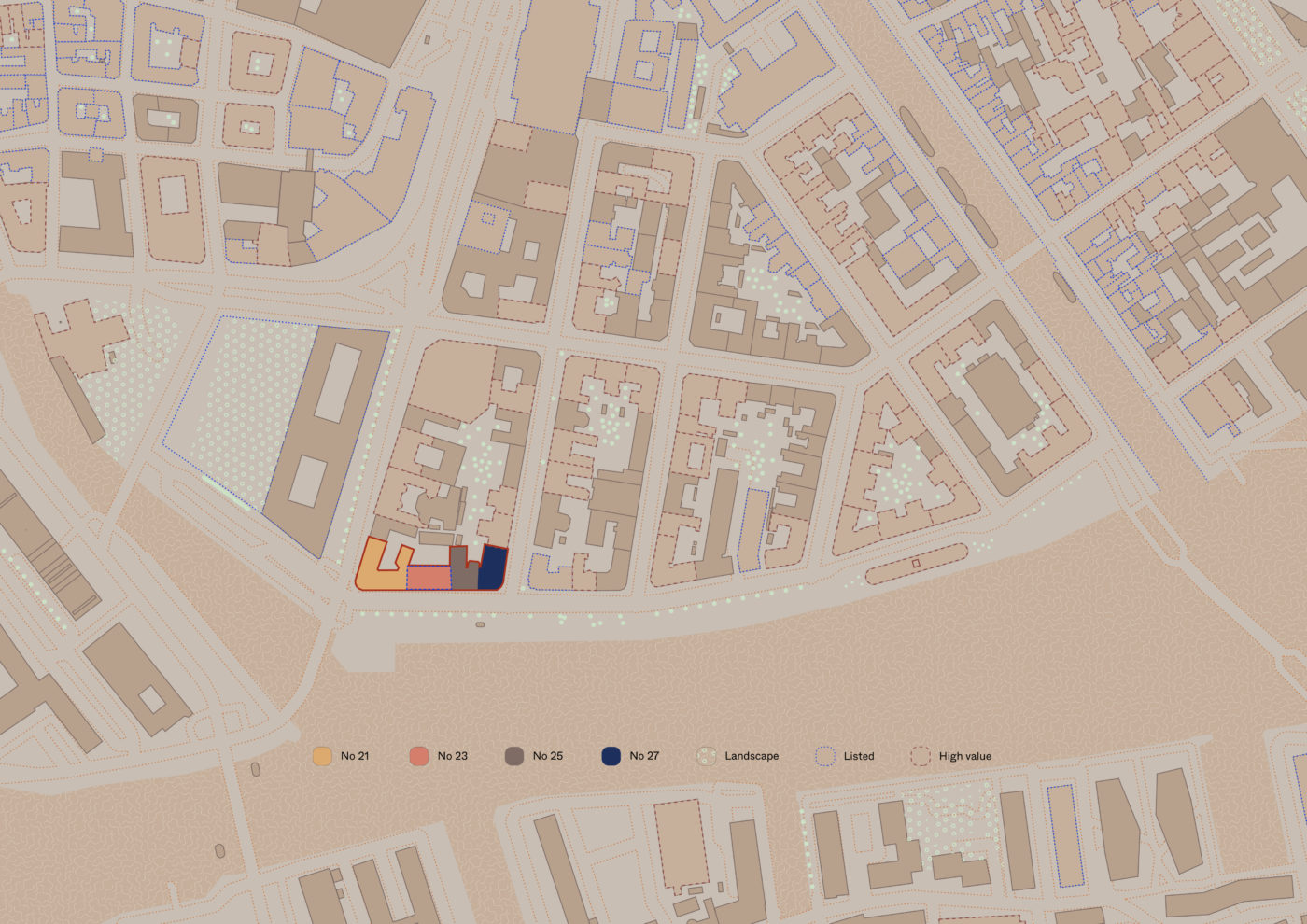 New Staircases and Entrances
The buildings have a history of interconnection, and Elgaard Architects have continued this approach. Two staircases have been designed to allow for better connection between the floors of the properties. In addition, two new street entrances were added, based on the history of the buildings and in order to create balance and symmetry across the facades.

By means of light and energy calculations, the buildings are now more sustainable than ever before. The restoration approach also allows for flexible future MEP updates. 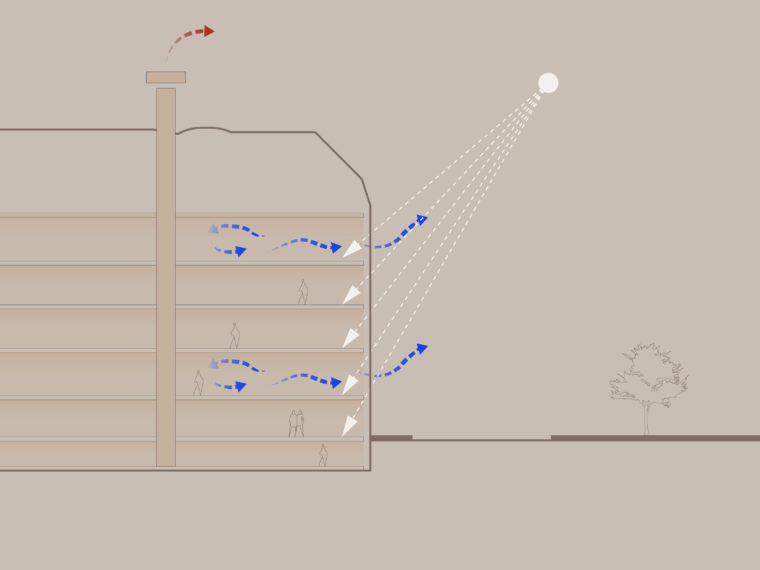 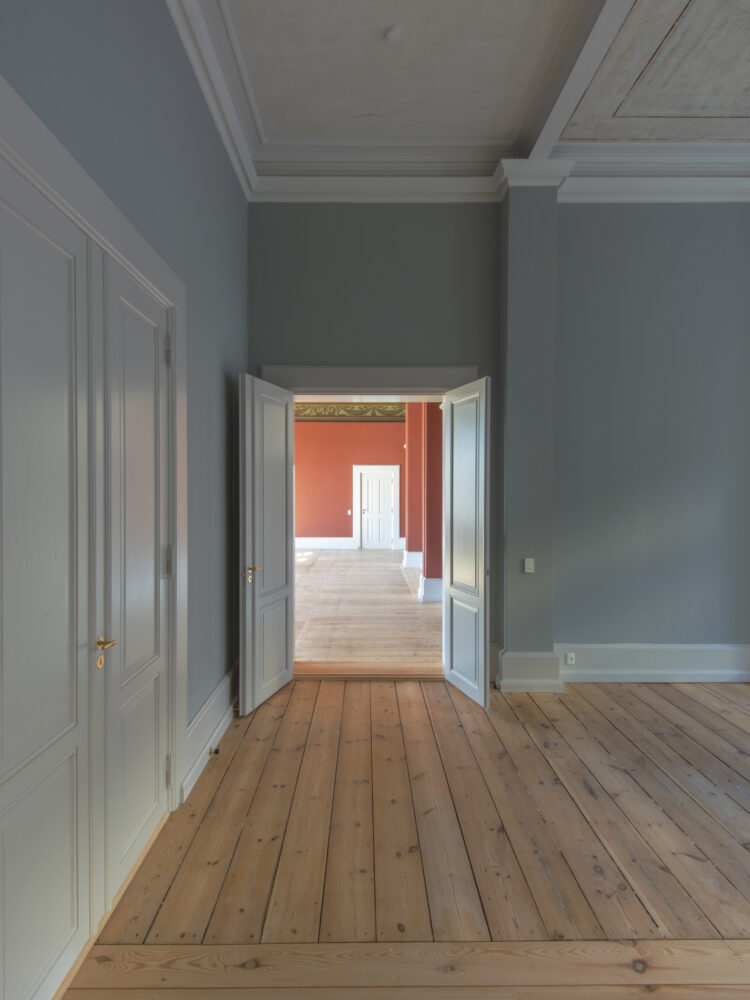 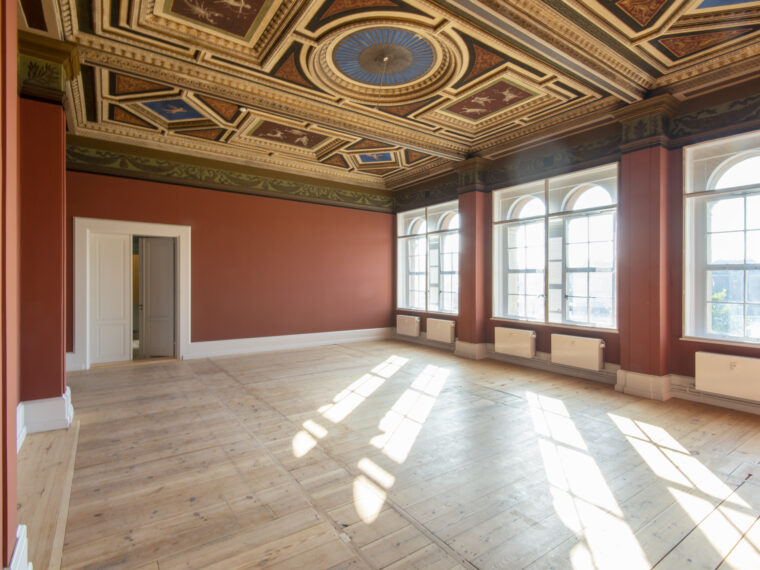 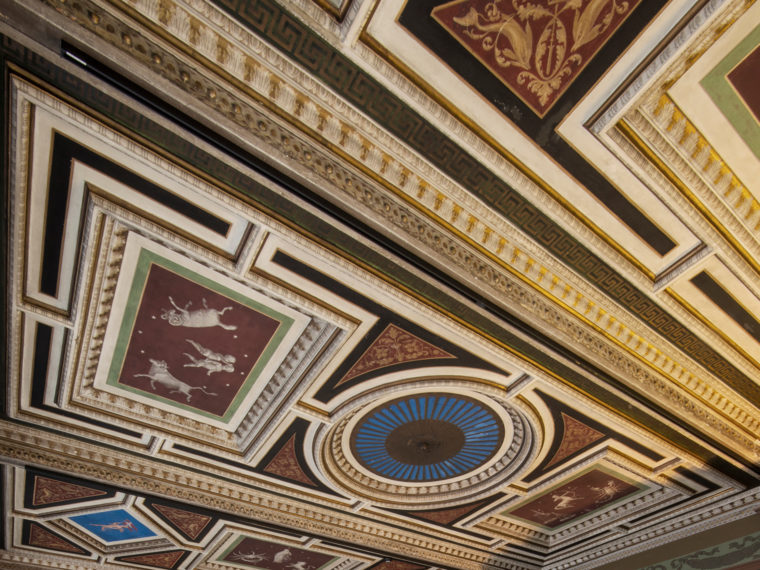 After careful colour archeological research, authentic details and decorations were restored in the four buildings.

Possible connections between the properties
“The Havnegade properties allow for flexible divisions of the leaseholds, but at the same time remain true to their original architectural styles such as classical Copenhagen style, Italian Renaissance, National Romantic and Art Deco style.”

Magnificent Interiors Re-Created
For decades, the buildings were used for public
administration, and countless interior refurbishments
had blurred the individual characters and original qualities such as for instance the plaster ceilings of
the properties. Their authentic decorative colours were painted white, the rooms were subdivided and the decorations concealed or simplified.

For  the client Jeudan A/S, Elgaard Architecture has now recreated the buildings’ magnificent interiors and exteriors.
For instance, Poul Gernes’ colorful staircase in Havnegade 25 was restored according to Elgaard Architecture’s strategic goal of “Weiterschreiben”, which means that we continue writing on the buildings’ development history with respect for their origins. 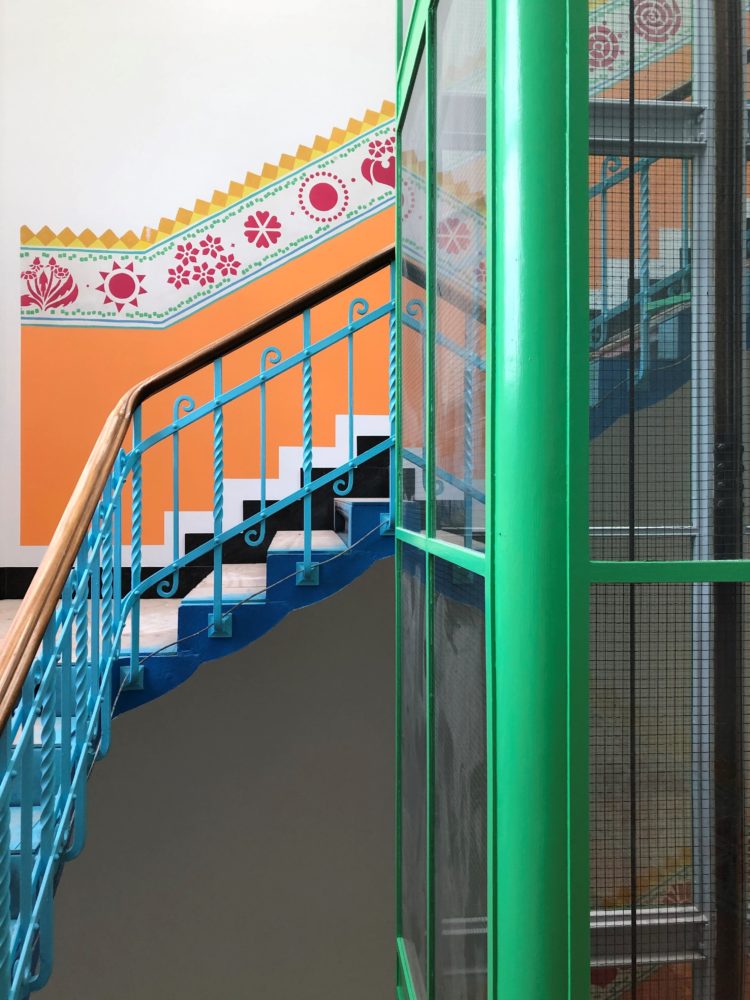