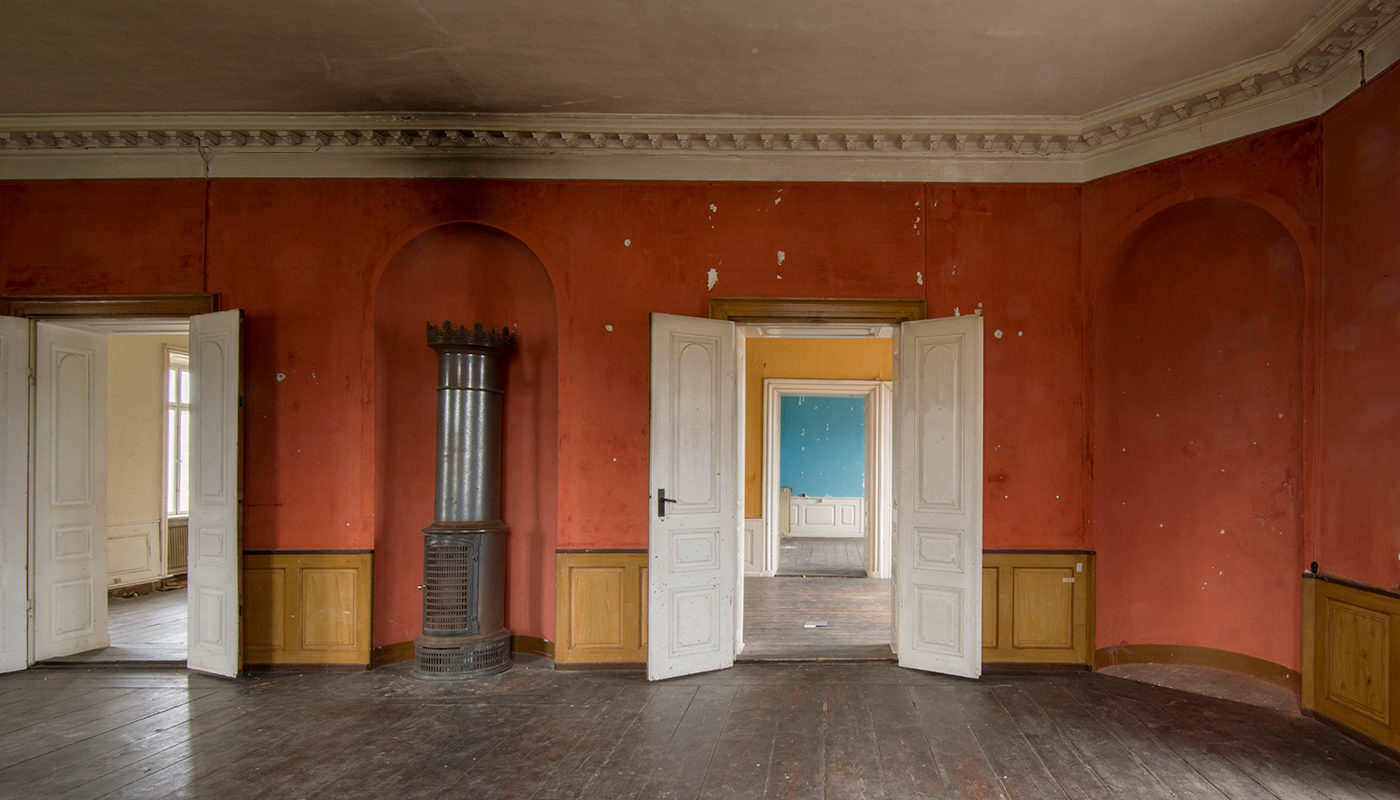 The lime plant Kastrup Works was established in 1749 on an isthmus by the island of Saltholm. The plant grew building by building as changes or expansions in the production occurred. Today, however, only the oldest part of a much larger complex is preserved. Elgaard Architecture has prepared the overall master plan and a project proposal for the future housing and business use. We have also completed the authority processing for the Agency for Culture and Palaces. 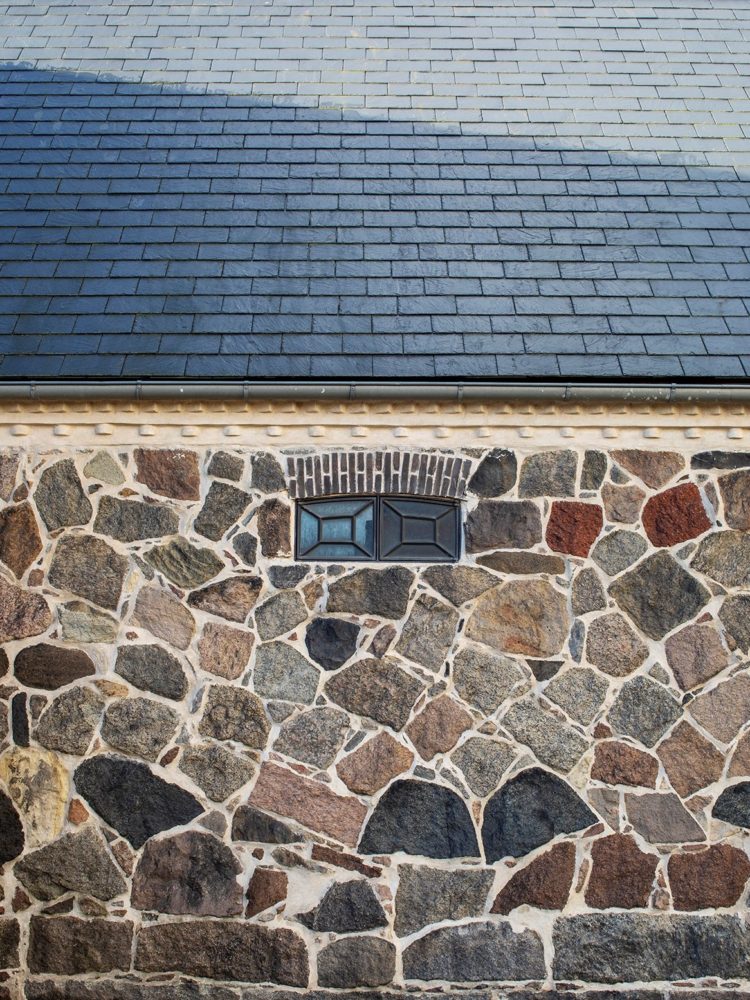 Old Factory Still Stands
Kastrup Lime Works, which is one of the few surviving industrial plants from its heyday in the 18th century. was erected by Jacob Fortling (1711-61). Fortling was an architect, a stonemason to King Christian VI and a pottery maker who immigrated from Germany during the years of Christian VI’s extensive construction activities. Fortling founded Kastrup Works in the years 1749-54, and it was one of the major industrial projects of the 18th century. He was granted exclusive rights to the extraction of limestone on Saltholm in the Sound between Denmark and Sweden and then established Kastrup Works with its chalk works, brickworks, faience factory and main and gateway buildings.

“The restoration strategy ensures that the narrative and the special character of Kastrup Works as an industrial plant are preserved and sharpened.” 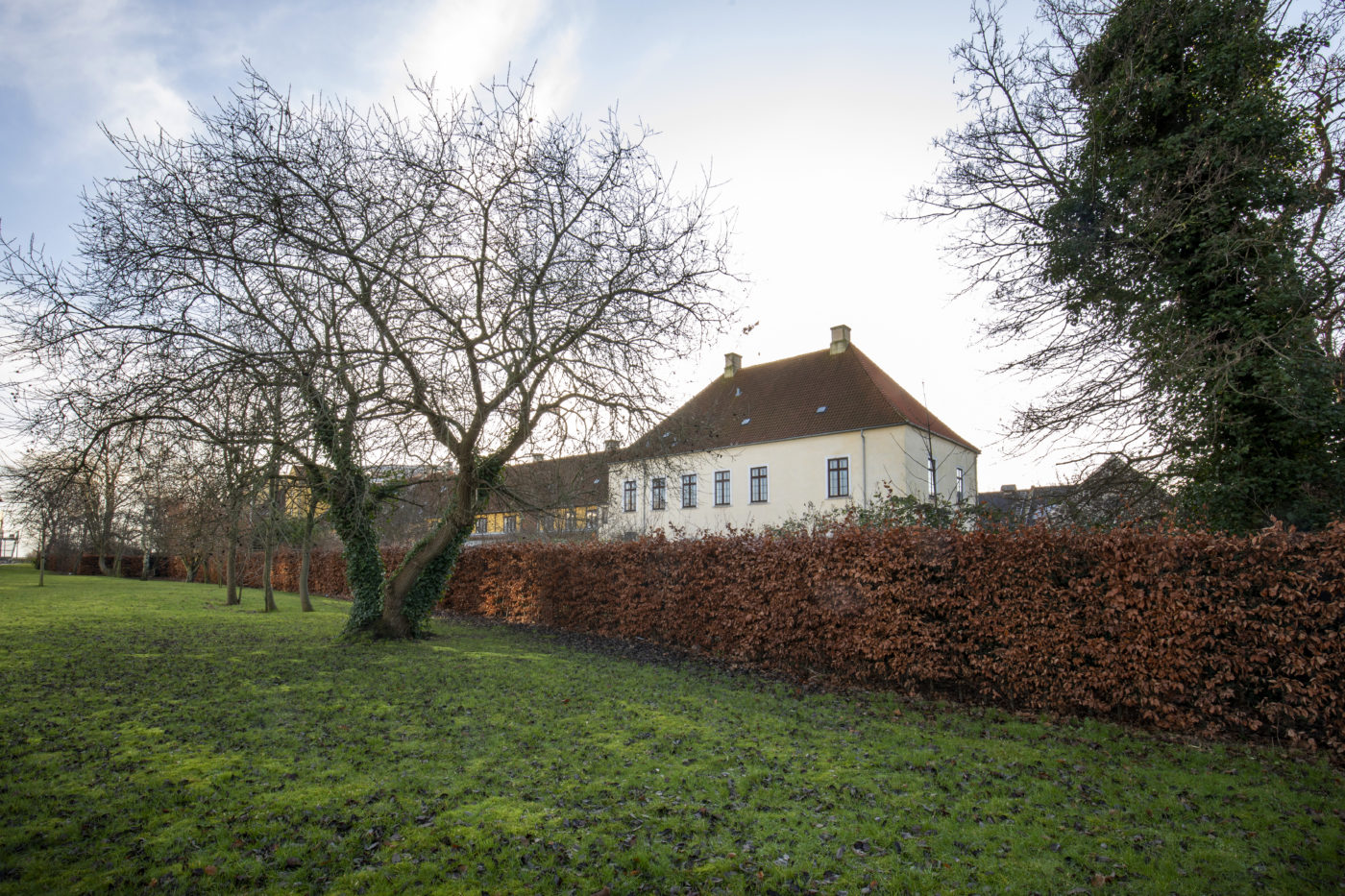 Already in the 18th century, the plant rose to fame due to its production of the fine Kastrup Faiences and Kastrup Glass. The restoration strategy ensures that the buildings are optimised discreetly for modern use. 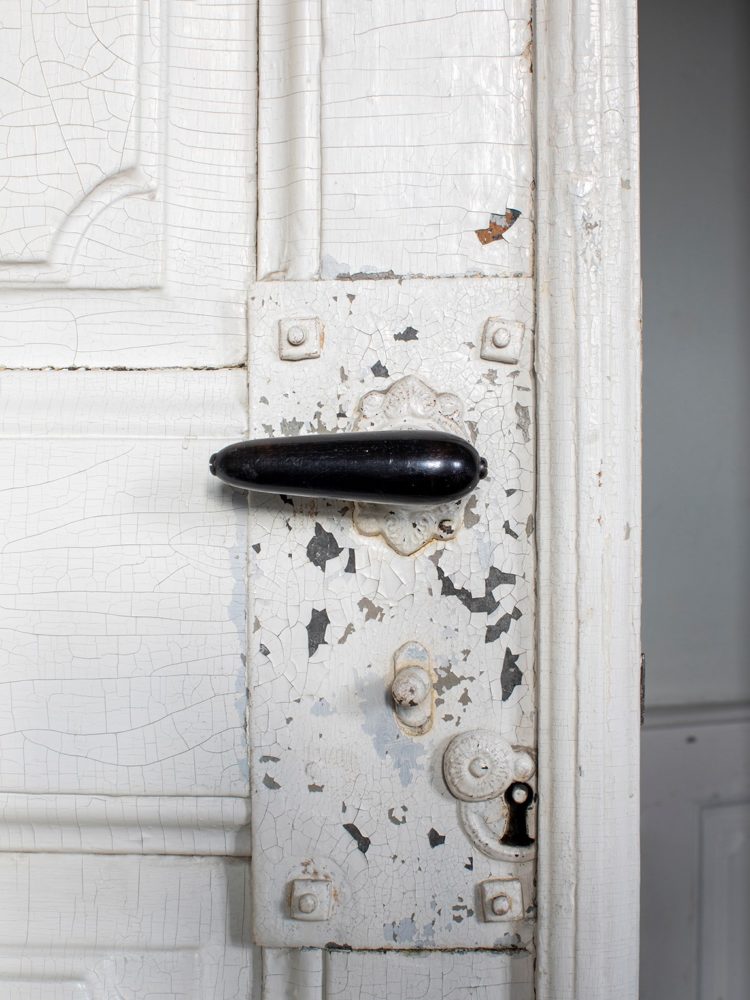 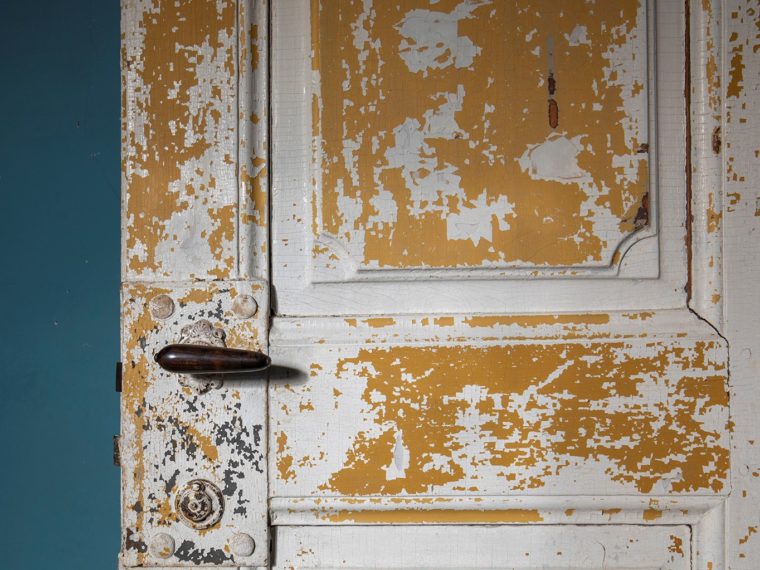 “The aim of the project is to establish up-to-date accommodation and business premises in the buildings of the plant. All square metres from the basement to the attic are optimised, and this constitutes a huge, financial potential for the client in terms of letting of the premises.”
Peder Elgaard, Partner 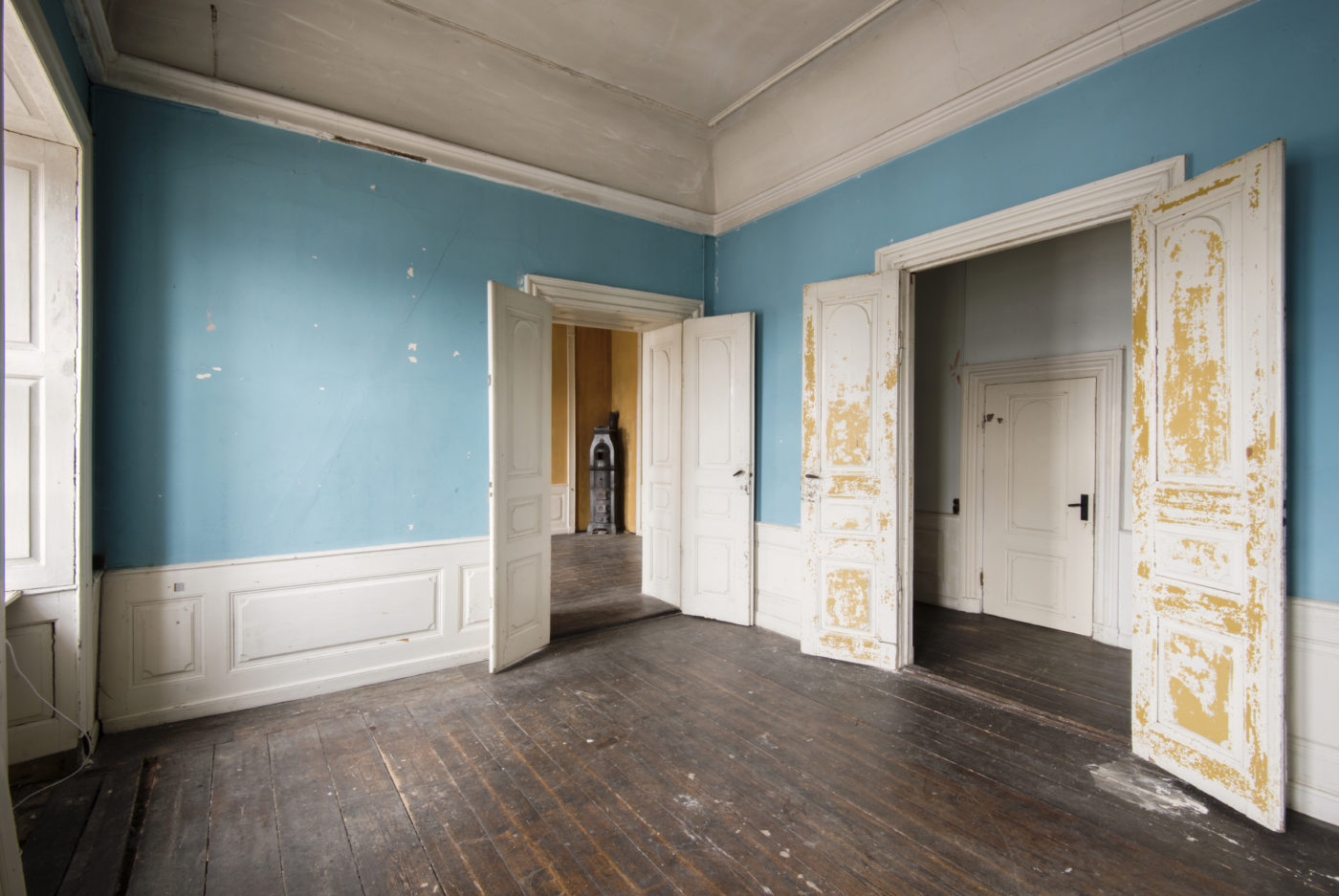 All rooms are being restored and the original colours traced by conservators. Acoustics and indoor climate solutions are discreetly adapted in the individual buildings, thereby upgrading them to modern workplaces and homes while still preserving their originality and distinctive expression. As an integral part of the project, problems with rising ground moisture in the walls and ground floor are rectified.

Daylight conditions are optimised by restoring original dormers and skylights, which at the same time reinforce the industrial expression of the plant. 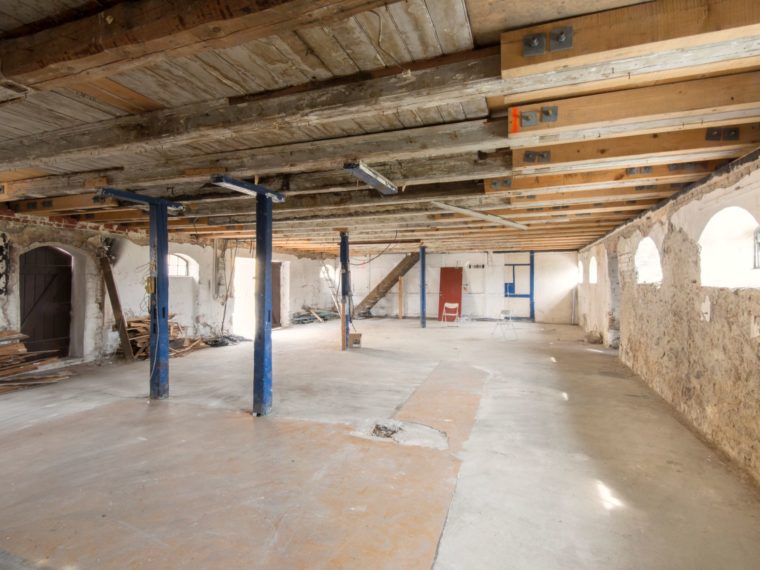 Mold damages are rectified in the wood structures: joists, trusses, jambs and columns. In addition, accessibility and logistics (flow) between several of the buildings are improved, and the internal logistics and flexibility of the individual buildings are optimised, among others by means of re-establishment of original doorways as well as improvement of flights of stairs and access between the floors.
“The conservation values of the buildings have been assessed, based on the interaction between the functional potential, the cultural-historical value and the architectural significance.” 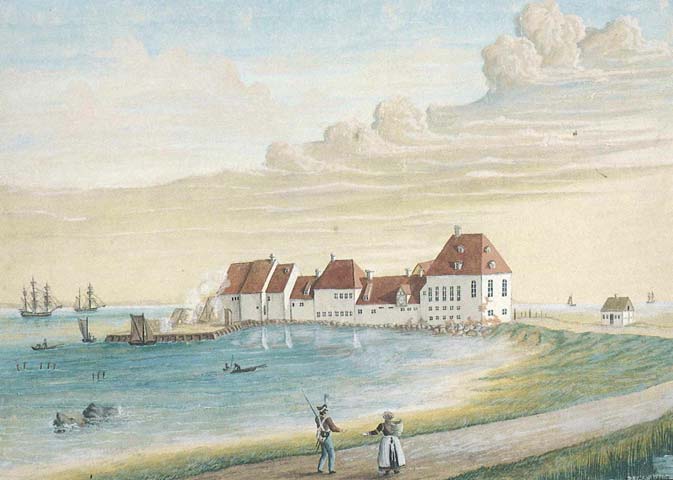 A Modern Art Museum
Apart from Kastrup Lime Works, Jacob Fortling also had nearby Kastrupgård erected as a country house for himself and his family. Today, the house from 1749-53 contains a modern art collection (Kastrupgårdsamlingen) as well as works by the Danish painter Theodor Phillipsen (1840-1920) and faiences from Kastrup Works.

The factory town became a listed property in 1971 and today goes by the name of Bryggergården (The Brewer’s Estate) because of the location of a brewery there in the 19th century. In 1847, Holmegård Glassworks established a branch in the factory by the name of Kastrup Glassworks. Production ceased in 1979.