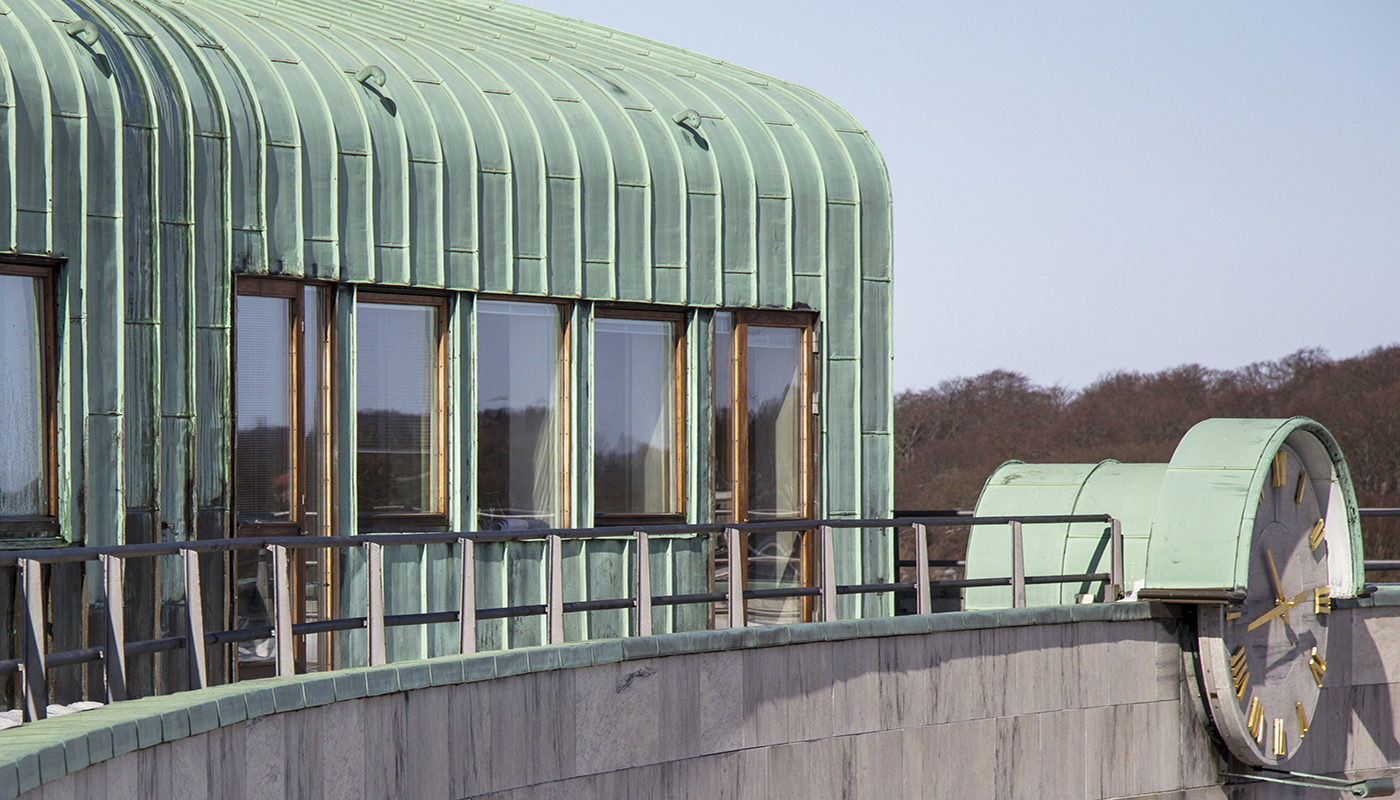 Elgaard Architecture was COWI’s sub-consultant in connection with the client consultancy on the development of a construction programme for the restoration of the listed Lyngby Town Hall. The assignment consisted of outlining the guidelines for the redevelopment of the town hall in relation to the core conservation values. We were also responsible for the dialogue and cooperation with the Agency for Culture and Palaces as well as advice on restoration strategy and initial technical studies of both the marble façade and indoor climate.

Following the completion of the construction programme, Elgaard Architecture continues as an external client consultant in connection with the review of the project in its various phases – focusing on the architecture and the conservation values. 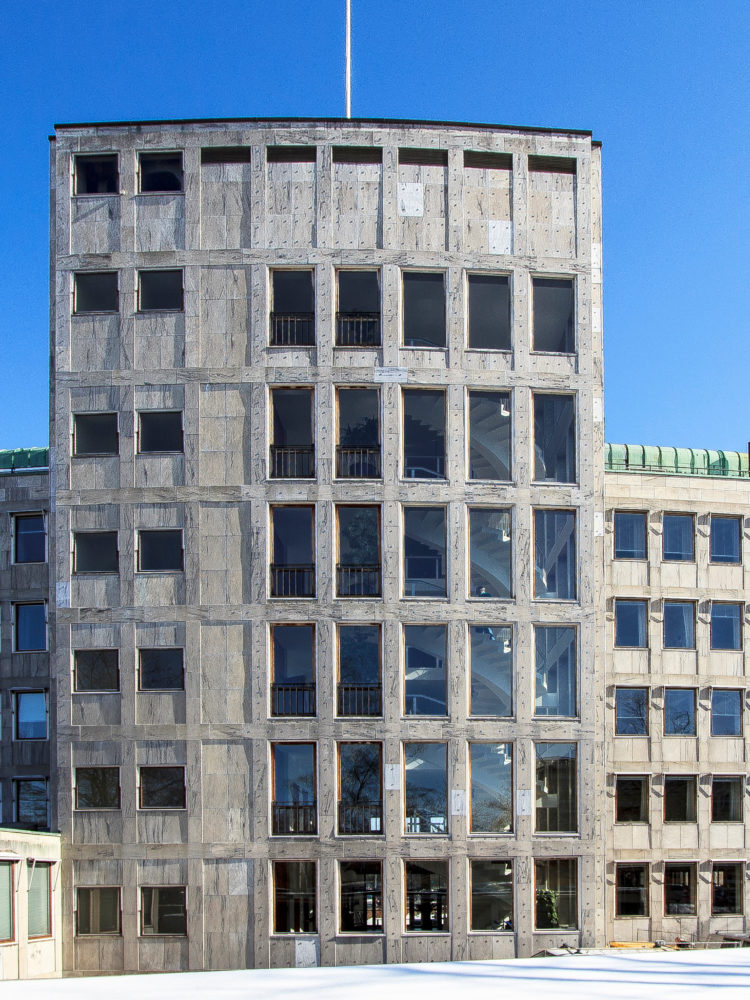 Innovative Town Hall with Functionalist Interior
Lyngby City Hall was designed in 1938 by the architects Hans Erling Langkilde (1906-97) and Ib Martin Jensen (1906-79) and is a listed building. The six-floor town hall with its characteristic curved façade was built in the years 1939-41 at Lyngby Torv, but as early as 1917 Lyngby-Taarbæk Municipality purchased the so-called Feyerschou’s Meadow with a view to constructing a town hall square there.

In 1923, an architectural competition was held, which was won by architect Tage Rue (1893-1977) with his proposal for a small mansion-like building. The proposal was not implemented in its entirety, and Lyngby instead got its functionalist town hall in the following decade.

“Based on existing analyses of the employees' wishes and needs, Elgaard Architecture has outlined how the restoration can be carried out in a way that preserves the original interiors and restores the lost ones.” 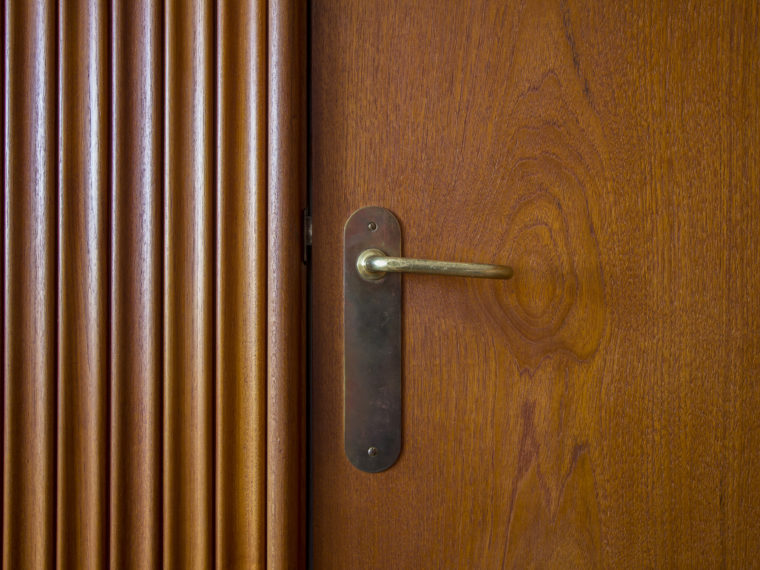 Detail of original door. After the restoration, the number of employees will increase from approximately 260 to around 355. This means that the inside of the building needs to be redesigned to accommodate a modern workplace which meets current requirements with regard to indoor climate, acoustics and flexibility. 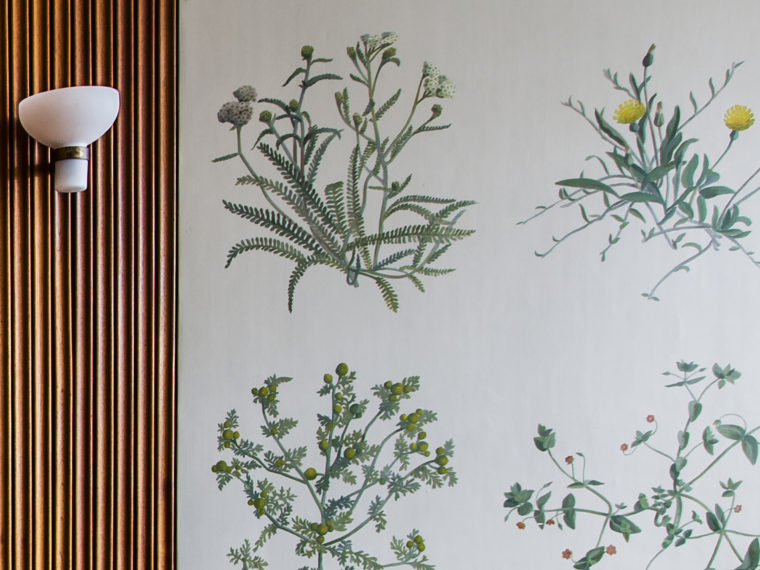 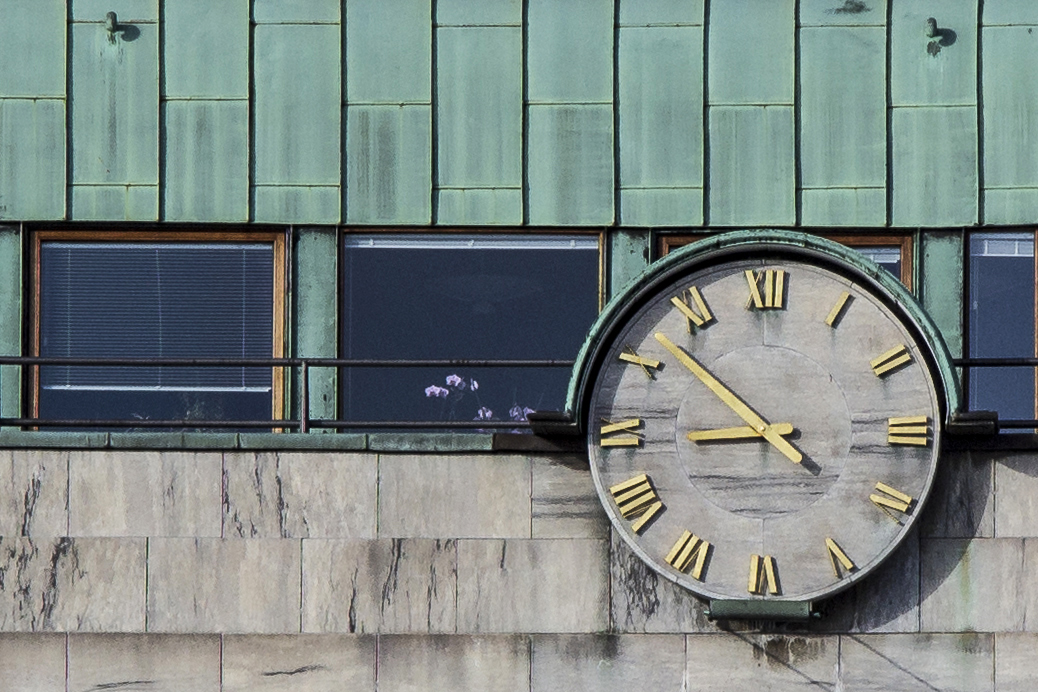 The six-floor building is covered with Greenlandic marble. Our consultancy also addressed the approach to the restoration of all windows, frames and copper roofs and has made it possible to create an intelligent overall plan for a modern town hall in a framework of high cultural and architectural value.