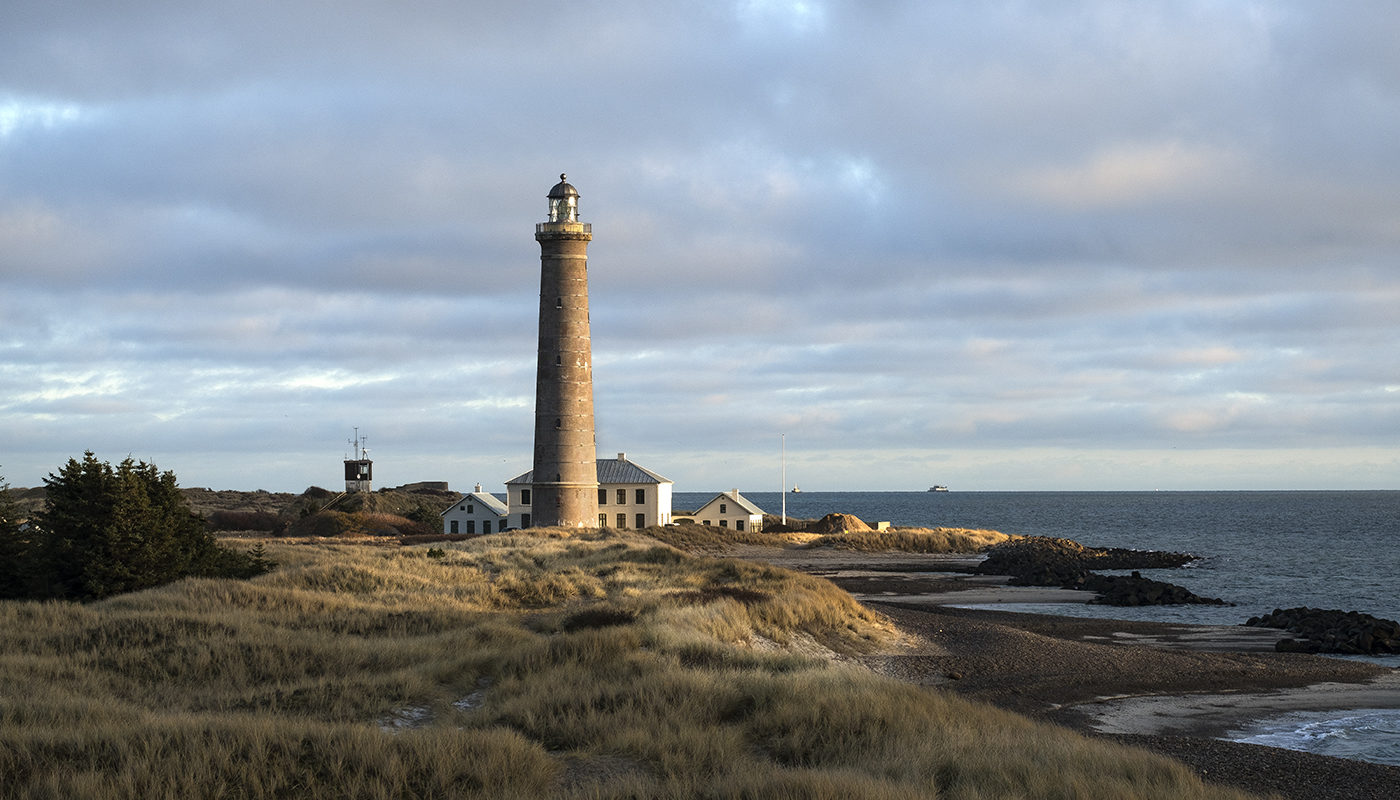 The Grey Lighthouse was erected in 1858 by Niels Sigfred Nebelong (1806-1871) who later became master builder in Copenhagen. It replaced Philip de Langes White Lighthouse from 1747. With its 46 metres, it is the second tallest lighthouse in Denmark. We carried out extensive restoration works and a conversion of the premises, which have now re-opened as a bird observatory and communications centre, focusing on the area’s unique assortment of birds and wildlife. 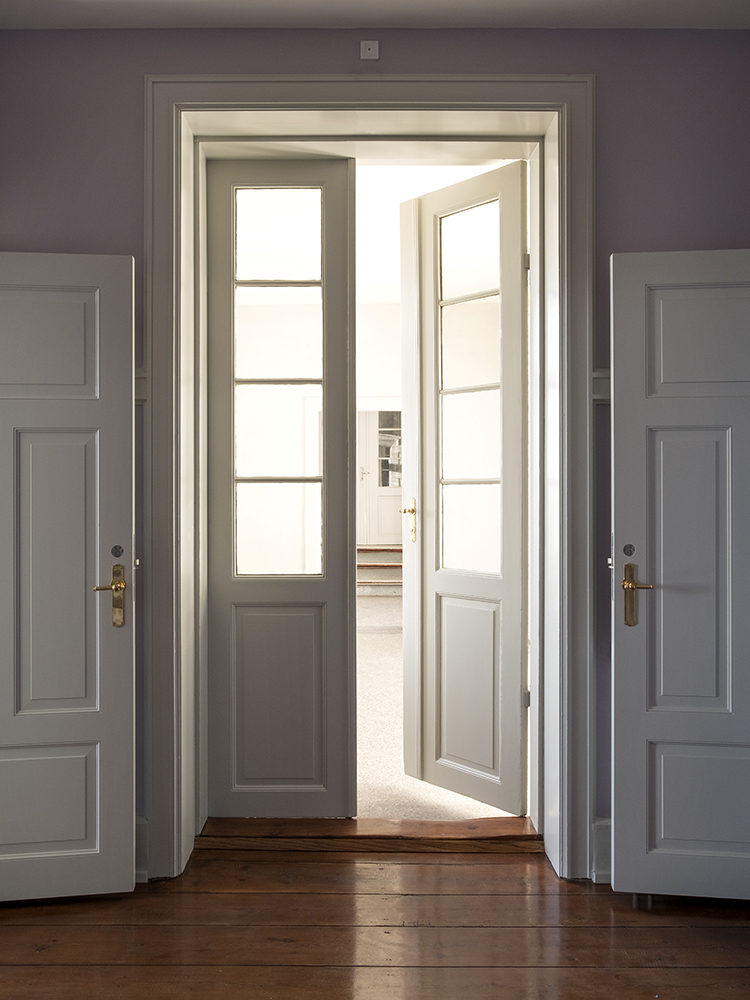 A Light in the Dark
Well into the 19th century, Skagen Odde was among the places in Denmark with the highest proportion of strandings. Therefore, Skagen Odde was in need of a very tall lighthouse as a landmark for the seafaring community.

Skagen Grey Lighthouse was a favourite holiday destination for King Christian X (1870-1947) and Queen Alexandrine and the guests who passed by their royal private residence Klitgården in Skagen. The century before, in 1859, Hans Christian Andersen also made an excursion to the lighthouse and described it as a “magnificent lodging with elegant rooms and comfort …”.

“The restoration of the lighthouse aimed at imitating the original features to the greatest possible extent in order to ingrain the new functions in the characteristic surroundings, which also express the history of the lighthouse throughout its existence.” 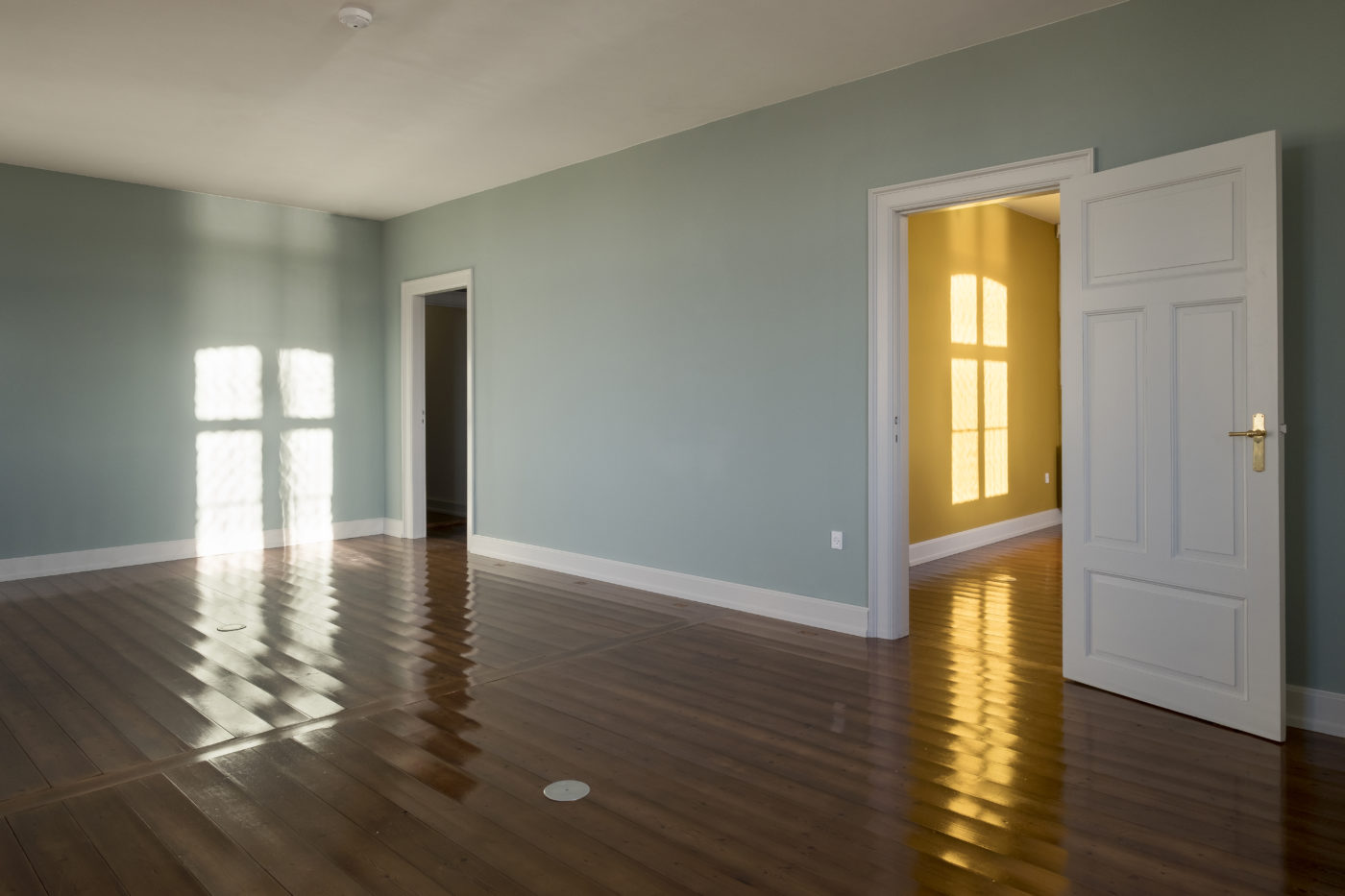 The colour scheme in the lighthouse keeper’s residence is based on colour chart archaeology studies and refers to the original colour scheme. Modern exhibition technology is discreetly built into the historic house.
“Prior to the restoration, the plant was plastered and painted yellow. However, it was originally erected in blank wall. It was decided that the plastered surfaces be maintained, and the new colour scheme is based on the colours and light of the landscape in the area. ” 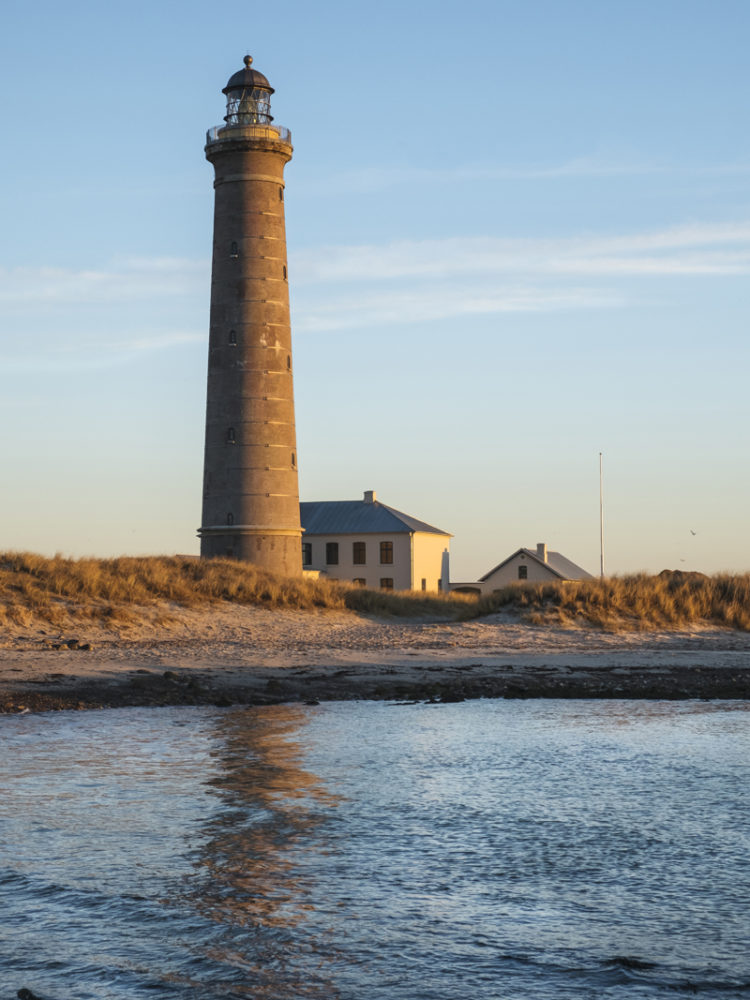 Skagen Grey Lighthouse was electrified as late as 1948. 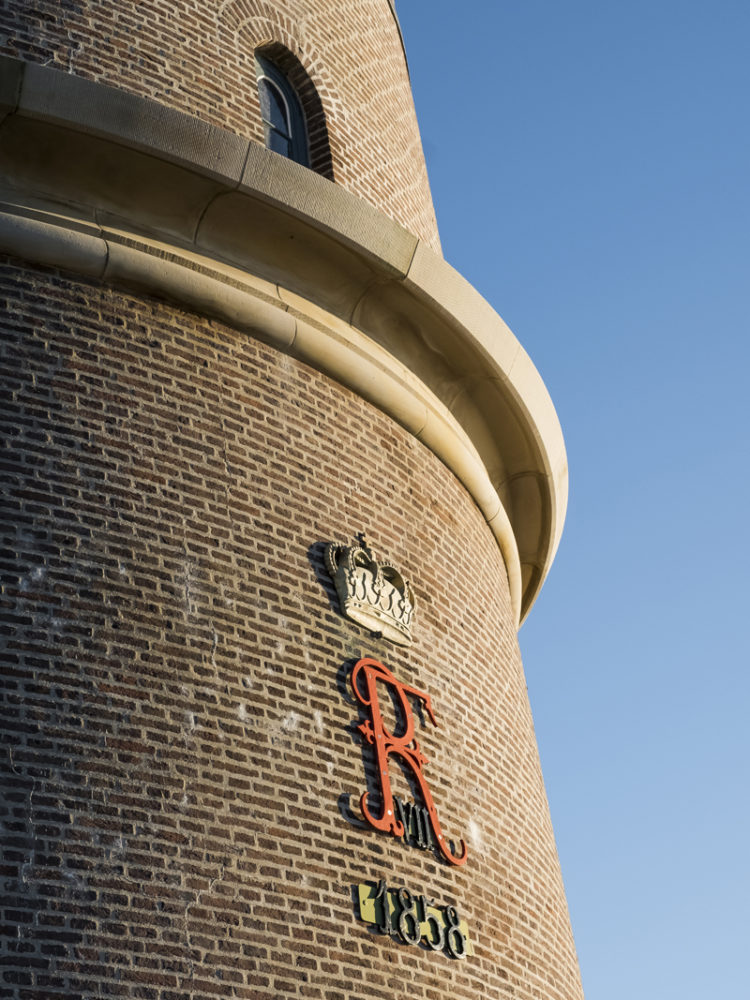 The monogram of King Frederik VII adorns the masonry of the lighthouse.