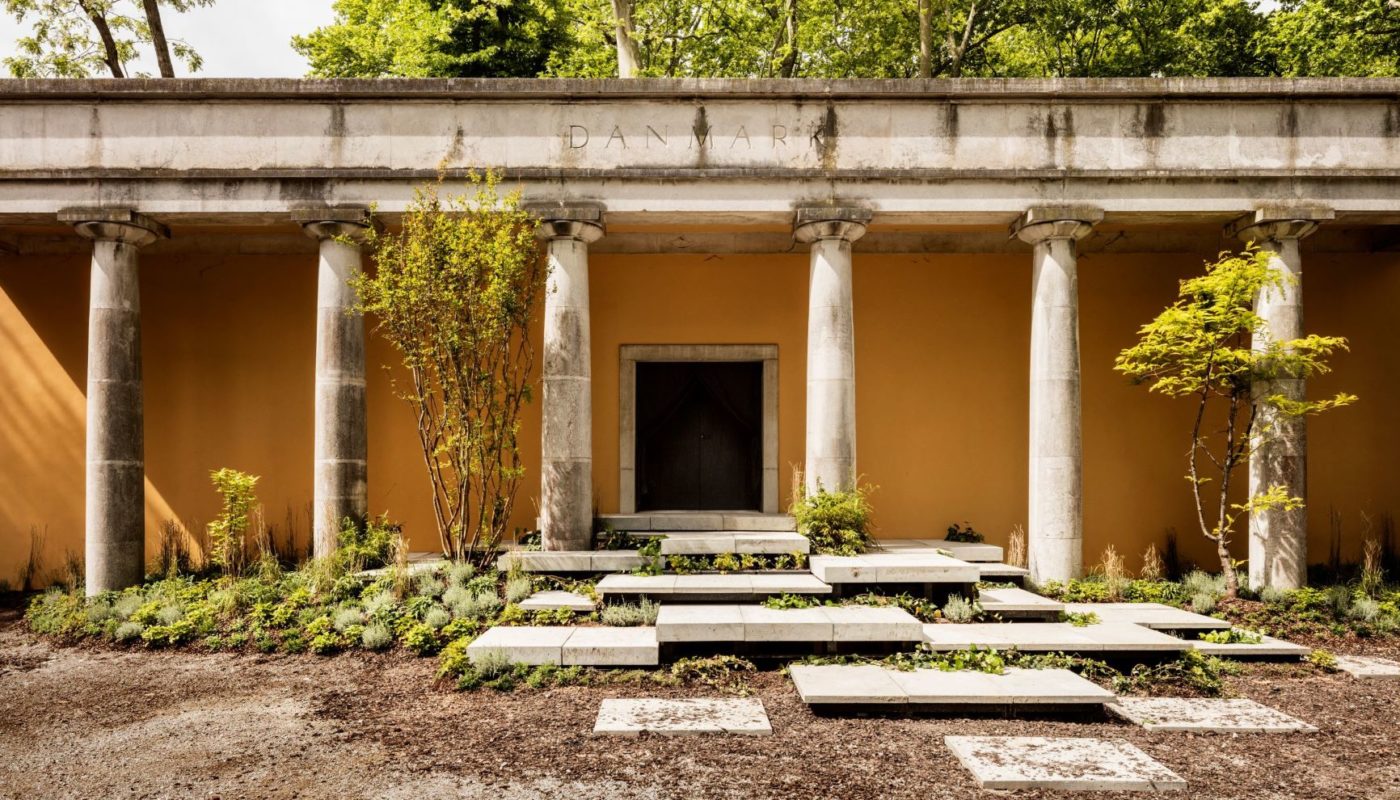 The Danish Pavilion in Venice

Elgaard Architecture was asked to prepare a potential analysis of The Danish Pavilion in Venice by the Danish Arts Foundation’s Architecture Committee. The pavilion, which is part of the Danish cultural heritage abroad, is an older building facing a number of structural challenges, and hence an overall assessment of its future prospects is relevant when evaluating the optimisation of it as an exhibition venue. 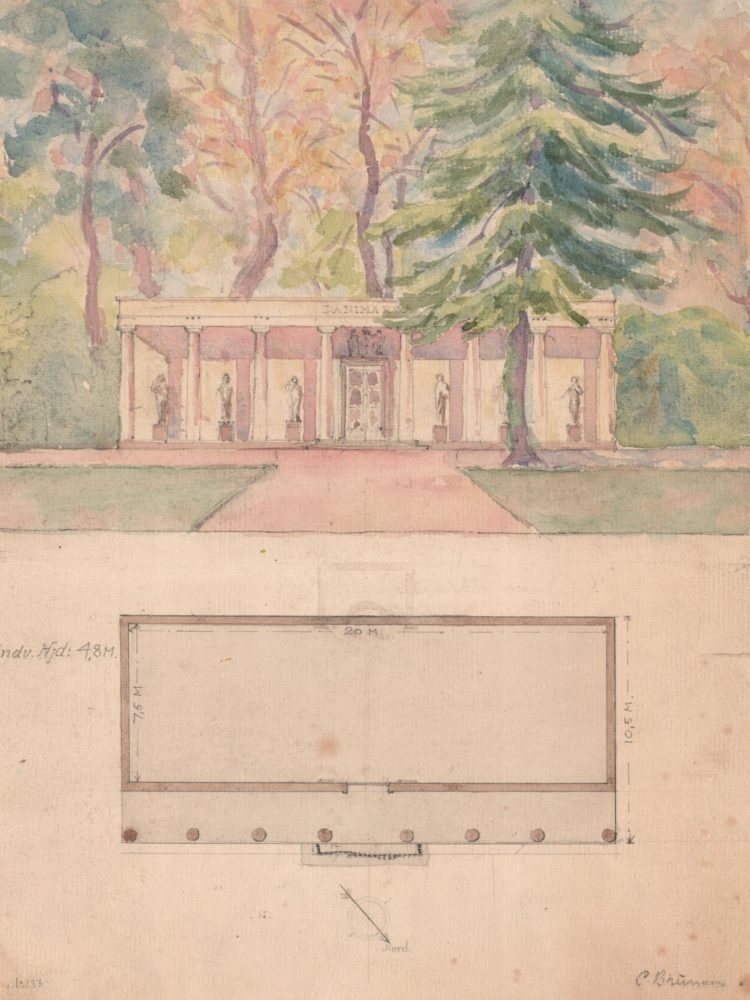 Carl Brummer's sketch for the park pavilion with its loggia thrilled the Biennale’s Secretary-General Antonio Maraini, who persuaded the magistrate of Venice to let Denmark erect the pavilion.

A Display Window for Danish Art and Architecture
The architect Carl Brummer (1864-1953) was the brain behind Denmark’s classically inspired pavilion, which he was granted permission to erect in Giardini di Castello after several meetings with the magistrate of Venice. At first, the magistrate didn’t approve of more pavilions in the park as he thought that the park had reached its saturation point.

After World War II and the increasing interest in the biennale, Brummer’s pavilion was in danger of demolition due to considerations of erecting a new one or becoming part of the joint Nordic pavilion. In 1958, the Royal Building Inspector Peter Koch (1905-80) was commissioned to design an extension to the Danish pavilion, though. 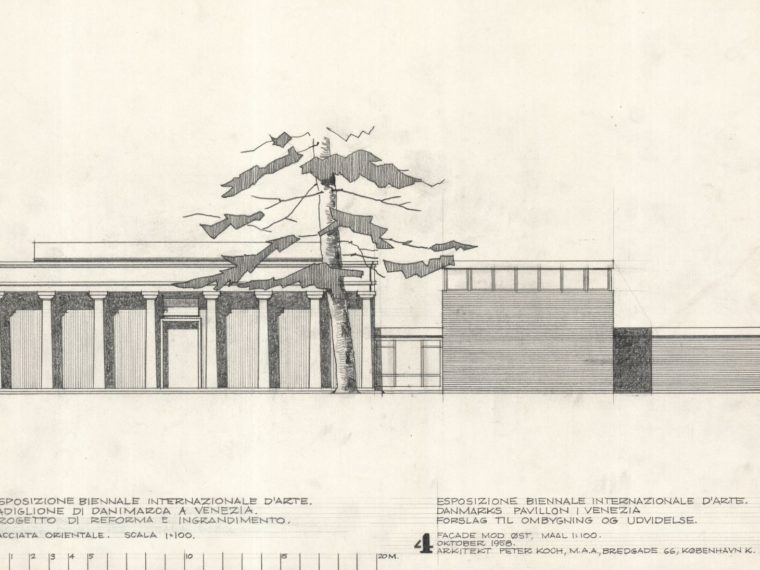 It is proposed that the present pavilion be preserved to the widest possible extent and that an upgrade of the structural and technical conditions be carried out, supplemented by strengthening of the current architecture, including modification of the later added technique rooms and depository as well as demolition of the garden wall. Additionally, the garden should be redesigned as an exhibition space to create synergy with the two exhibition halls. 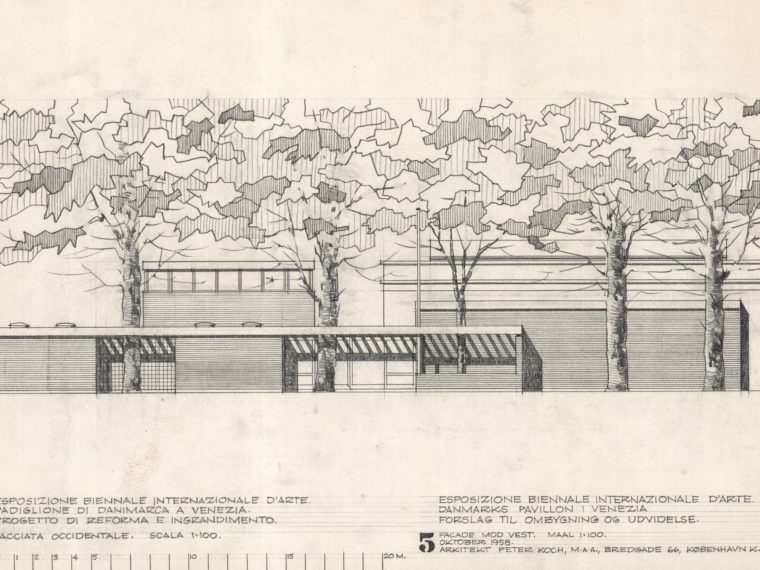 The pavilion's location in Giardini di Castello Park in northern Venice presents some restrictions in terms of regulatory requirements related to the protected area. If the pavilion is to be transformed, it must be done in close cooperation with the numerous local authorities.
“The pavilion is of great importance in terms of exposure of Danish art and architecture to an international audience. It is vital that Denmark attend the Biennale and have done so since its inception in 1895 and since 1932 in our own national pavilion.” 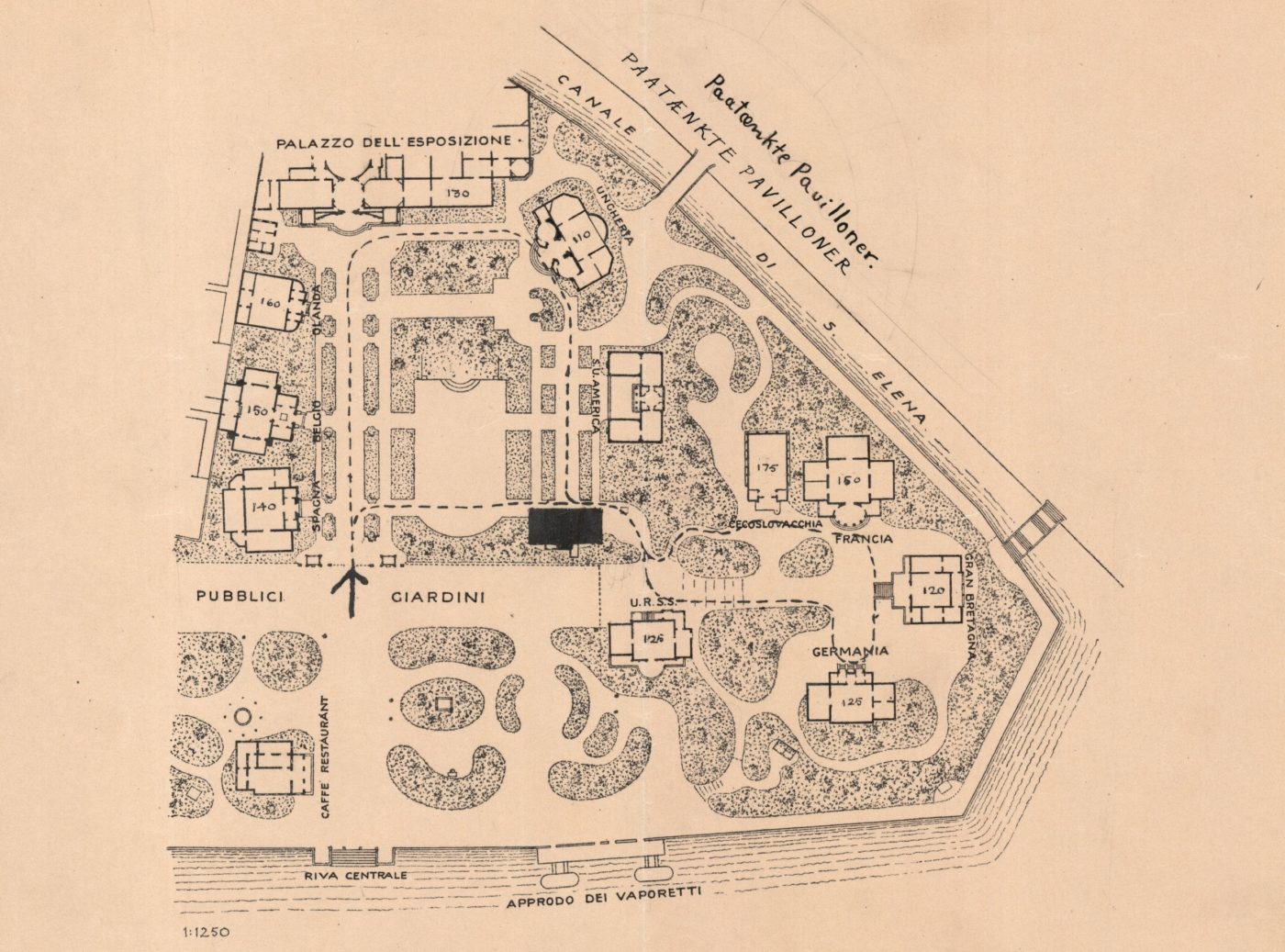 Giardini di Castello with the many national pavilions that have been the framework of the Venice Biennale since 1895. It was the Danish furniture designer Ole Wanscher (1903-85) who encouraged Carl Brummer to explore the possibility of erecting a Danish pavilion in the park. 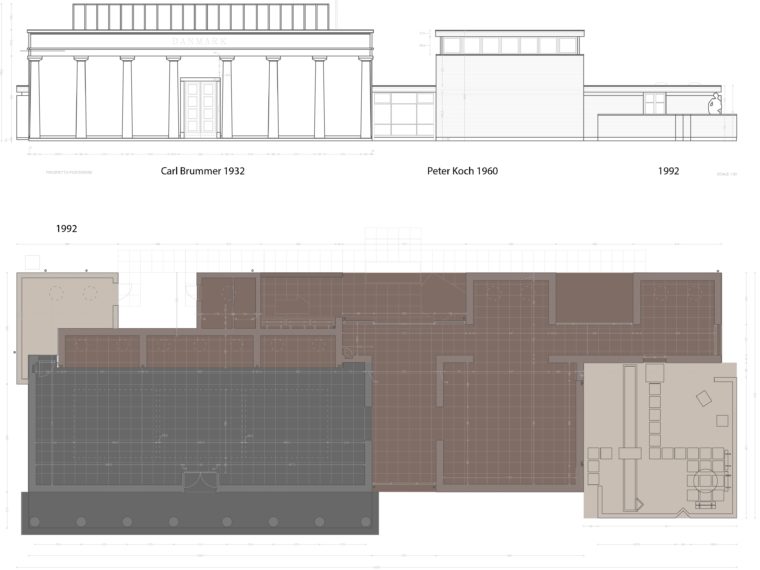 A Multitude of Challenges
The current challenges largely consist of problems with the thermal conditions in the building, i.e. high humidity levels and lack of heat sources. In addition, the existing power installations are not sufficient to illuminate the exhibitions, and there is no possibility of using the Internet for interactive exhibitions. Furthermore, the pavilion is undermined by the large trees nearby it, which causes problems with the floors. Lack of protection against torrential rain has also become a real problem in Venice, just as in Denmark.