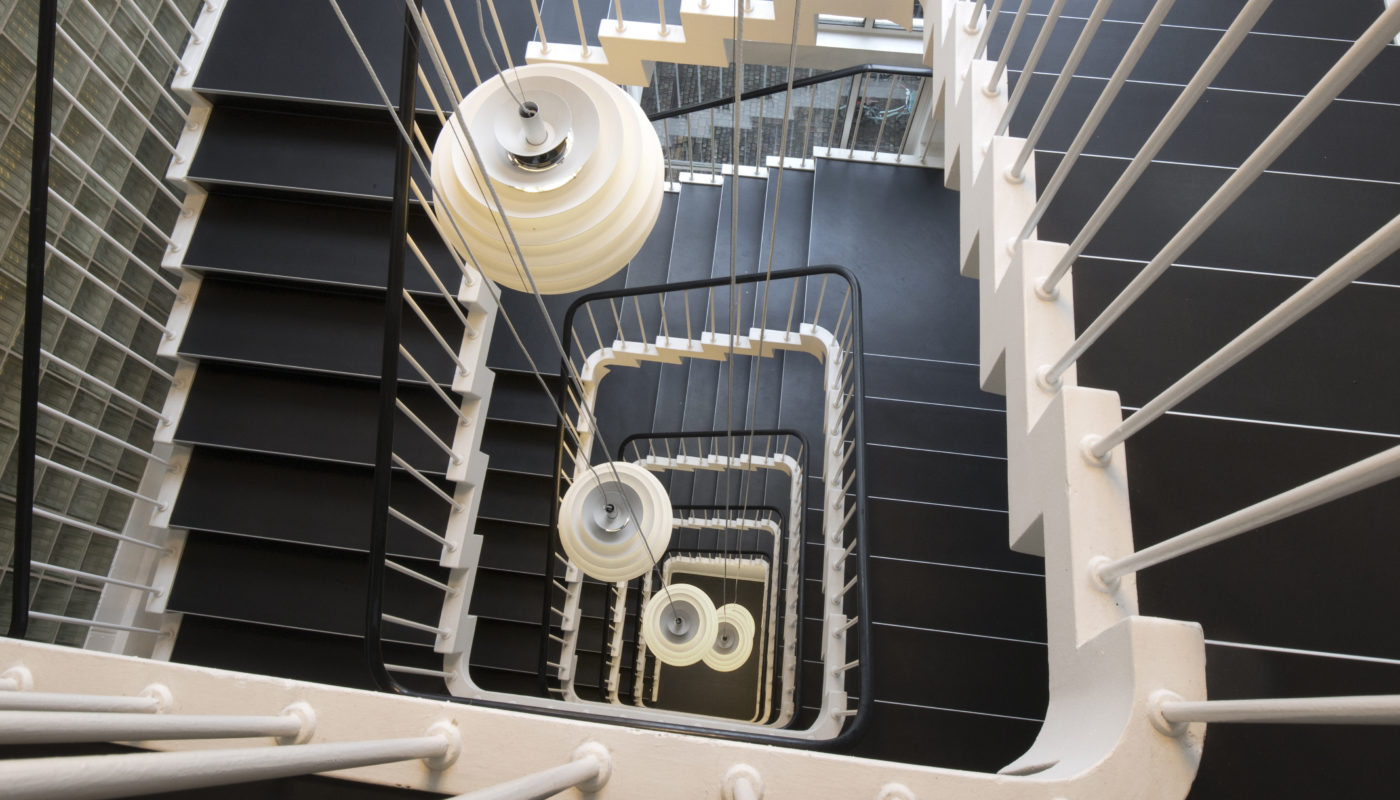 When the Present Arrived in Bredgade

At Bredgade 40 in central Copenhagen, a modernist building settled down in 1954-58 among the street’s stately 18th– and 19th-century properties. The conservation-worthy building in the middle of historic Frederiksstaden was erected by the insurance company Baltica and designed by the architect Svenn Eske Kristensen (1905-2000). In 1959, it was awarded a prize for its architecture by the City of Copenhagen.

In the decade that followed, the property was propelled into fame when, in 1967, director Erik Balling decided to use it in the cult film about the ship “Martha” with a large number of well-known Danish actors as cast.

Elgaard Architecture is now refurbishing and developing the property for the real estate company Jeudan and thus re-establishing the interiors with respect for the many original 1950’s building details. Fortunately, some are still preserved – such as the beautiful staircase above, which winds through the house.

The man behind the building at Bredgade 40 was one of the finest and most prolific architects in post-war Denmark. With a sober approach and social commitment, he built a large variety of buildings from social housing to large production facilities. Today, Eske Kristensen stands out as a pioneer in industrialist construction and as a central figure in the creation of the welfare society. Eske Kristensen was therefore a well-qualified match for Frederiksstaden’s other great architect, the predecessor Nicolai Eigtved (1701-54).