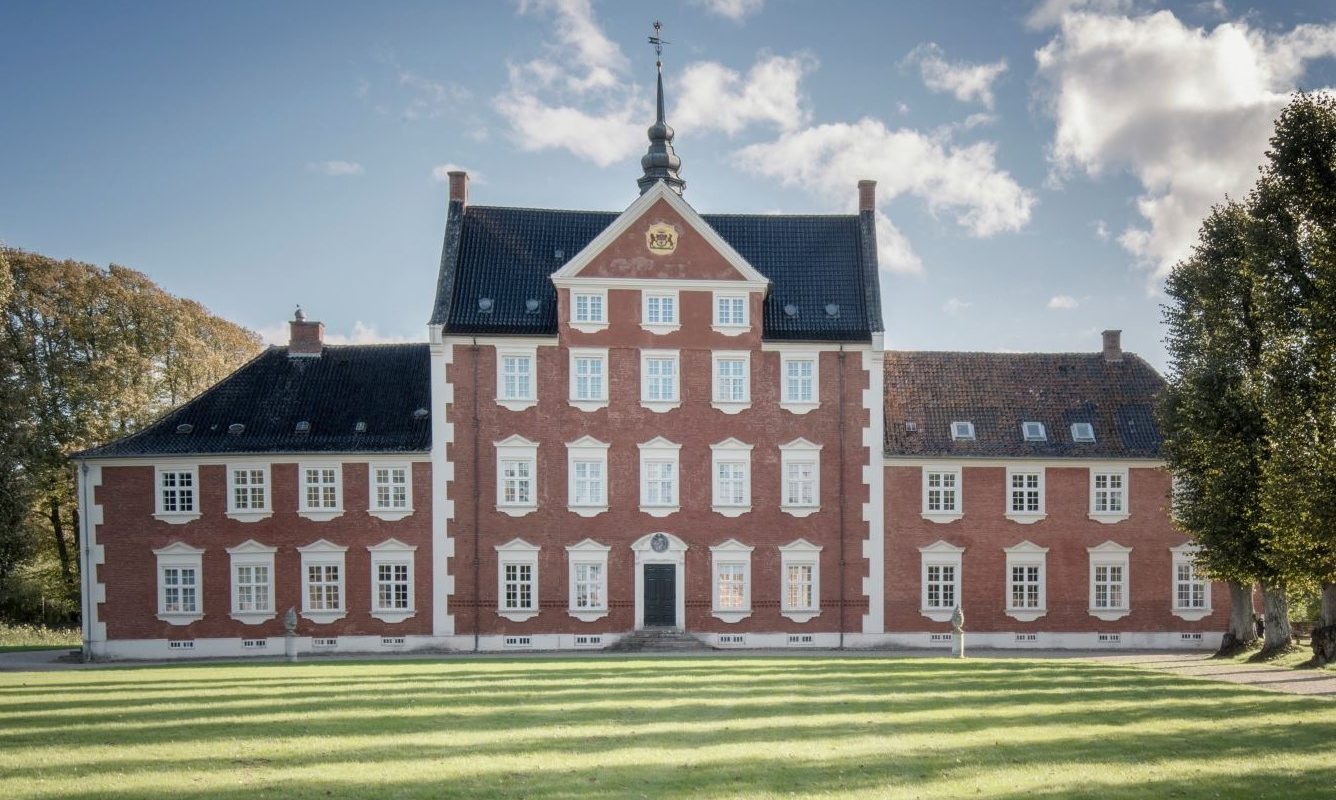 At Elgaard Architecture, we cherish the built heritage. You can visit some of the places we have worked with over the years during your summer holidays when most of us will have to stay within the borders of the kingdom anyway.

At the old hunting lodge, Jægerspris Castle, King Frederik VII (1808-63) and his Countess Danner lived from 1854 to 1866, and upon the King’s death it passed to the Countess. Frederik and Louise were the rebels of their time, for the Countess began life as Miss Nobody, was born out of wedlock and later had an illegitimate child herself. But the King married Louise despite the protests of the Establishment. Today, you can step into their history and experience the castle’s living rooms – check out the castle’s opening hours at www.kongfrederik.dk. We have been architects on two restoration projects at Jægerspris Castle.

The King’s Hall at Lejre Land of Legends near Roskilde is a recreated version of a royal hall from the 8th century. The original hall was the largest building in Viking Age Denmark and was discovered by archaeologists in 2009. The newly erected King’s Hall was inaugurated by Queen Margrethe II on 17 June 2020, so now you can pay a visit and experience how the elite amongst our ancestors lived. It took four years and many full-grown oak trees to complete the 60-metre-long, 12-metre-wide and 10-metre-high King’s Hall, and we have been client consultants throughout the whole process. Find more info and opening hours on Lejre Land of Legends’s website.

Back in the present, you can set loose your inner child in the world of the natural sciences in  the rebuilt Experimentarium north of Copenhagen. The Experimentarium is located in the Tuborg Breweries’ old soda tap hall which were transformed – a project on which we have been client consultants for many years. At the Experimentarium, there are plenty of opportunities to get involved in the universe of physics and learn about every imaginable thing between heaven and earth – quite literally. For example, you may visit the Bubblearium and the Port and be captivated by the world of soap bubbles and global trade and shipping. In the Miniverse, youngsters aged 1 to 5 can explore an adventurous world of science and games. Read more on www.experimentarium.dk/en.

At the top of Denmark, you can ascend the heights of Skagen Grey Lighthouse and meet the bird life at eye level. The lighthouse has been restored and refurbished as a communications centre for the unique wildlife in the area around Skagen Odde, which many migratory birds head towards each year. The lighthouse from 1858 is part of the historic properties of Realdania By & Byg and is operated by the Danish Nature Agency. We were architects on the extensive restoration and transformation of the lighthouse that ceased to shine its light for seafarers in 2013, but now shows the way for the winged creatures instead. Read more on the Danish Nature Agency’s website (Danish only) and watch this short video.

If you fancy the Middle Ages, then head to Gerlev Church at Jægerspris in the north of Zealand, Blistrup Church in Græsted further to the north-east and Vallensbæk Church south of Copenhagen. The first two churches are “road churches” that are open part of the day and thus accessible to visitors. We have restored all the churches, and in our capacity as Quinquennial Inspector, we take good care of Vallensbæk Church. There, the frescoes of the famous Isefjord Master still speak to the human imagination as they have done for centuries. Take a look at the three churches and find their locations here: Gerlev Church, Blistrup Church, Vallensbæk Church.